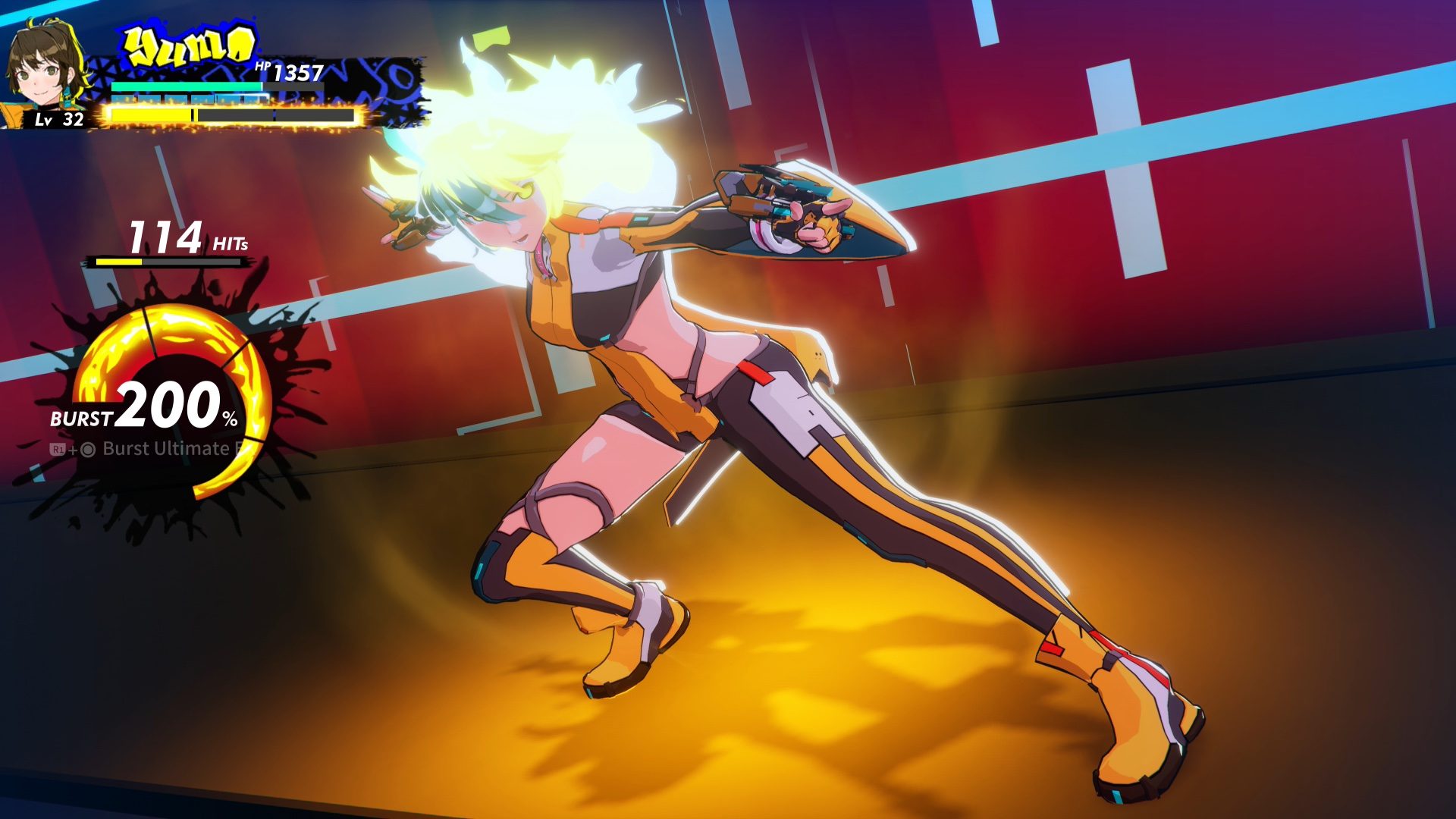 Hi, I’m Bruce from Idea Factory International and I’m here to teach you everything you need to know about helping Yumo and her friends stomp out the menacing Chaos Beasts in the world of Dusk Diver 2. Speaking of Yumo’s friends, let’s start with taking a look at how Leo, Bahet, and Le Viada all support Yumo in this sequel to the action RPG adventure, Dusk Diver. That’s right! Leo, Bahet, and Le Viada are back and better than ever. 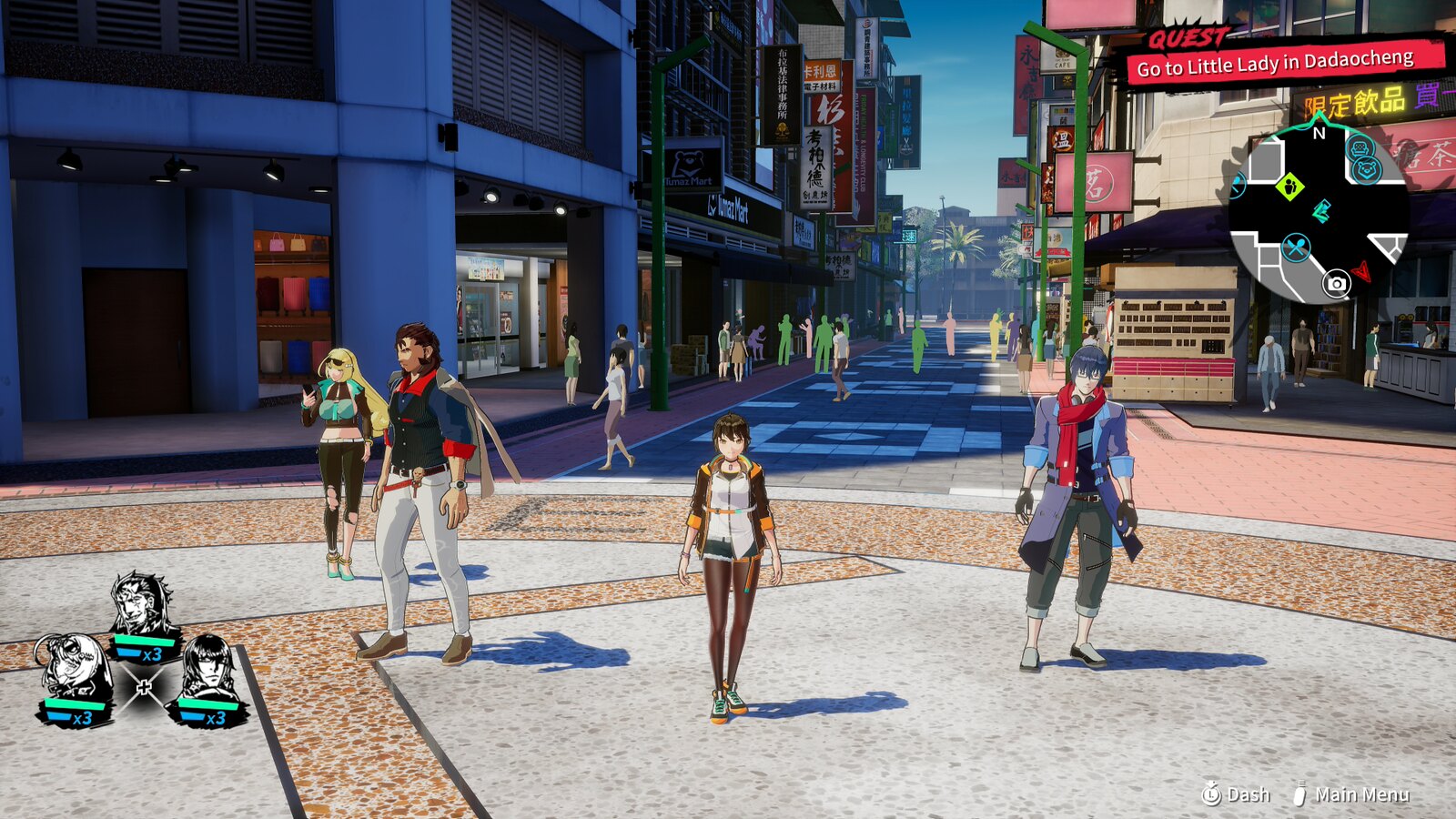 Yumo, our protagonist, is a college student who doesn’t mind making a little cash taking down Chaos Beasts for Boss, the overbearing owner of Tumaz Mart. Leo might look intimidating, but he is actually kindhearted and protective of his teammates. Bahet is a talented musician that brings his guitar into battle. Le Viada is an interdimensional entity turned successful theatre actress and model.

It’s been a year since we’ve last seen the Guardians, but Yumo and the gang are ready to jump back into the fray and smack some Chaos Beasts down with a bunch of improved moves that new and old players will enjoy alike. Fans of Dusk Diver will have a particularly good time exploring all the ways the combat system has been overhauled for Dusk Diver 2. 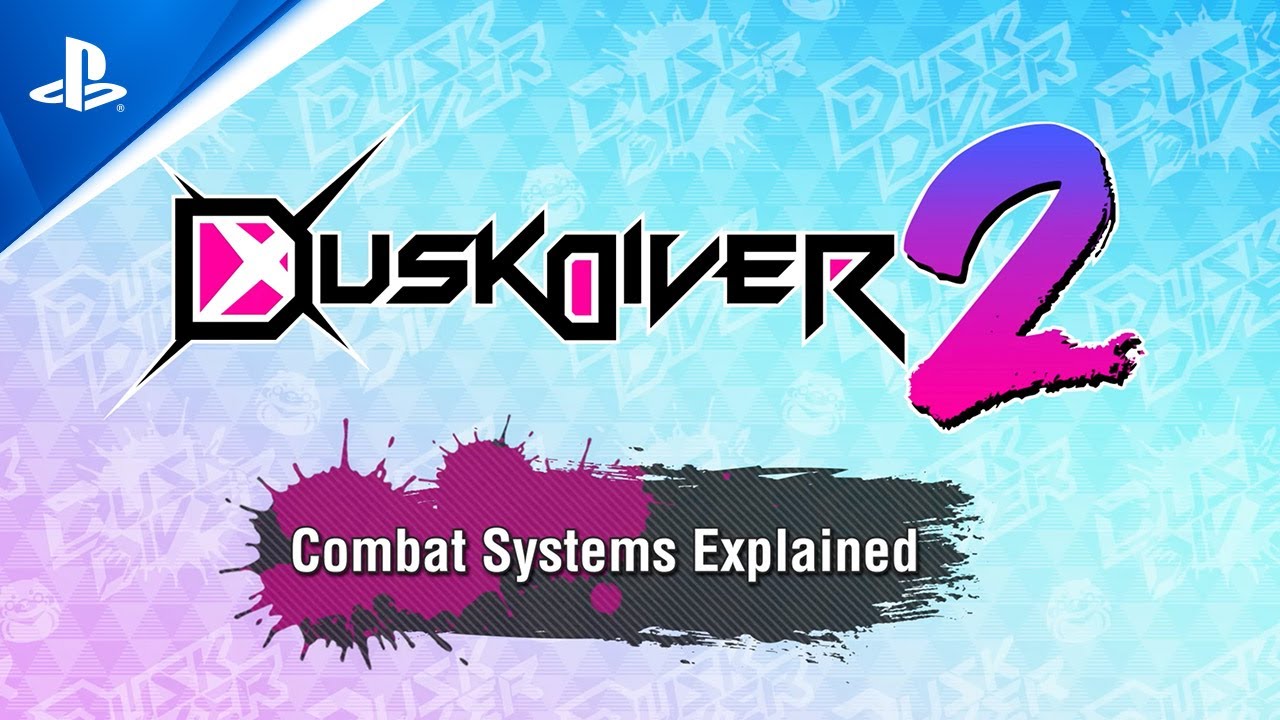 This might come as a shock, but Yumo keeps her signature electrified melee attack style in Dusk Diver 2. Only this time, she has some new tricks up her sleeve. Extend Yumo’s combos with the SP Skill Shining Rush, which quickly closes the distance on your foes and delivers a thundering blow that sends your enemies flying. Try setting up Wall Launches and Break Strikes with a well-placed Shining Rush. Wall Launches stun your enemies and leave them wide open, while Break Strikes extend combos and add damage.

Surrounded by enemies? Let Leo show his lion heart with one of his signature ground pound SP Skills, like Earthquake – Flame. Use it with Leo’s air heavy attack for a roaring combo.

Although mastering Bahet’s Sonic Boom Scythe can be tricky, its capacity to slay Chaos Beasts ascends during air combos. Try using SP Skill Circular Blade after launching a group of enemies with Bahet’s air heavy attack. This simple combo covers a lot of ground and shells out some decent damage.

It’s true that Le Viada’s SP Skills keep the combos going at long-range—but don’t hesitate to take advantage of her shorter ranged aerial attacks. Link multiple air light attacks with an air heavy attack, and finish the combo with Eat The Bullet. The aerial version of this SP Skill shoots towards the ground and can put enemies into Break State, which can lead to some easy damage.

Take advantage of the character swapping system to help you figure out which character’s fighting style works best for you. But don’t forget about the cooldown time. You wouldn’t want to accidentally switch to a weaker character during a pivotal moment in a boss fight.

Whether you are looking for extra damage, or trying to get out of a tough situation, Support Skills are an essential tool that can open up some interesting combo possibilities. Experiment with the various Support Skills of each character and unlock the true potential of your team synergy.

Getting the hang of Counterattack Timing and Just Dodges might take some practice, but can prove to be a lifesaver. Restore some of your SP meter with a perfectly timed Just Dodge. Just Dodges can be canceled into attacks, opening new opportunities for combo extensions.

Equally as rewarding as they are risky, Counterattacks interrupt enemy actions. To time your Counterattack correctly, watch out for the red glow that emits from Chaos Beasts when they initiate a Crimson Strike. Keep a combo going after a Counterattack by canceling it into an SP Skill.

Use Orb Fusion to synthesize upgrades for your equipment. At the Tumaz Mart, you can use Materials and Wafers collected in the overworld and on the battlefield to conduct Orb Synthesis. Maximize your strength and build your character to be a Glass Cannon by strictly equipping Attack Orbs, while ignoring Stamina Orbs or Defense Orbs that would improve your defense options. 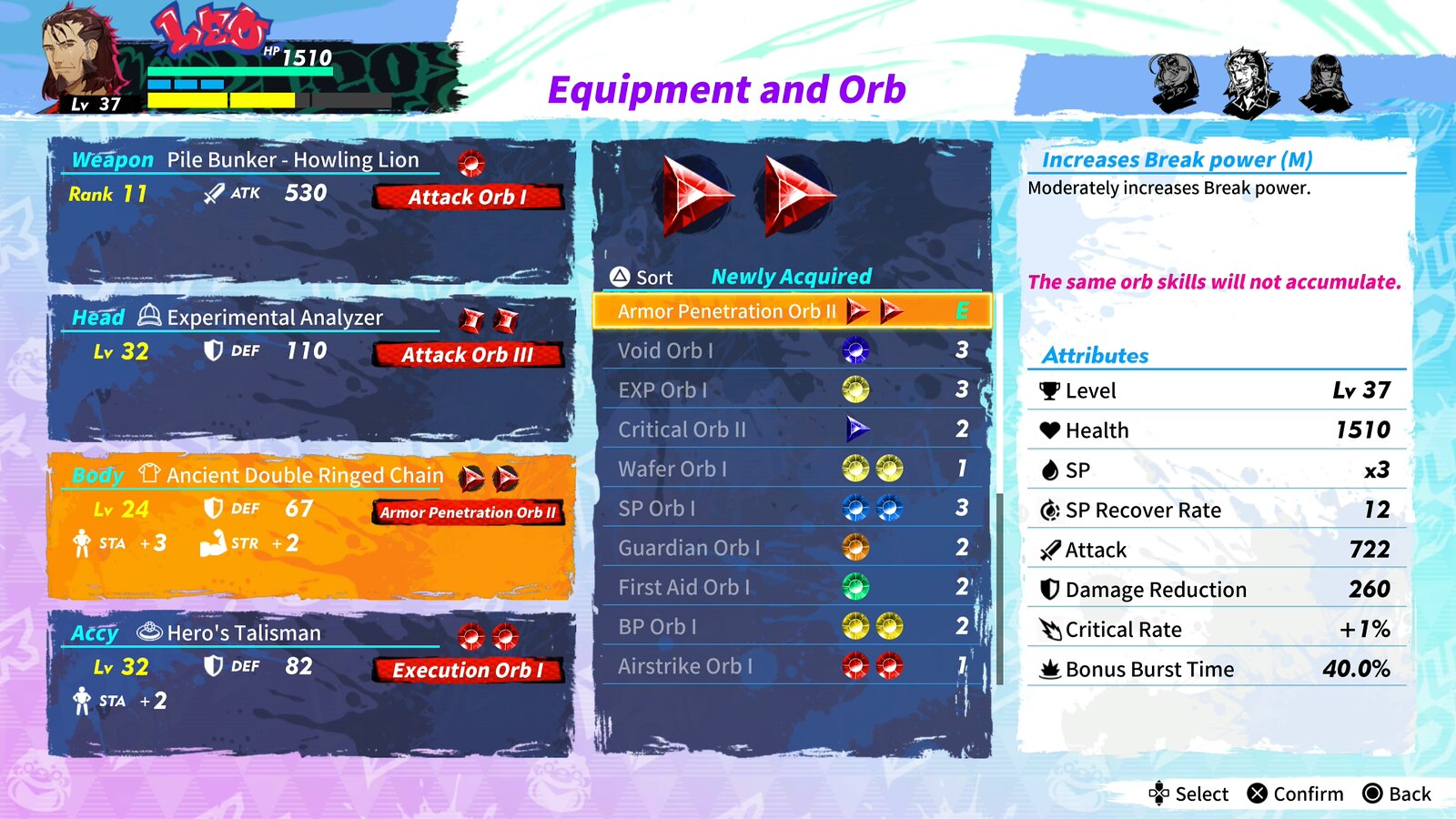 Want to build your character to be a Tank instead? Focus on only equipping Stamina Orbs. Try different combinations of orbs and orb fusion to discover new ways to buff your team. 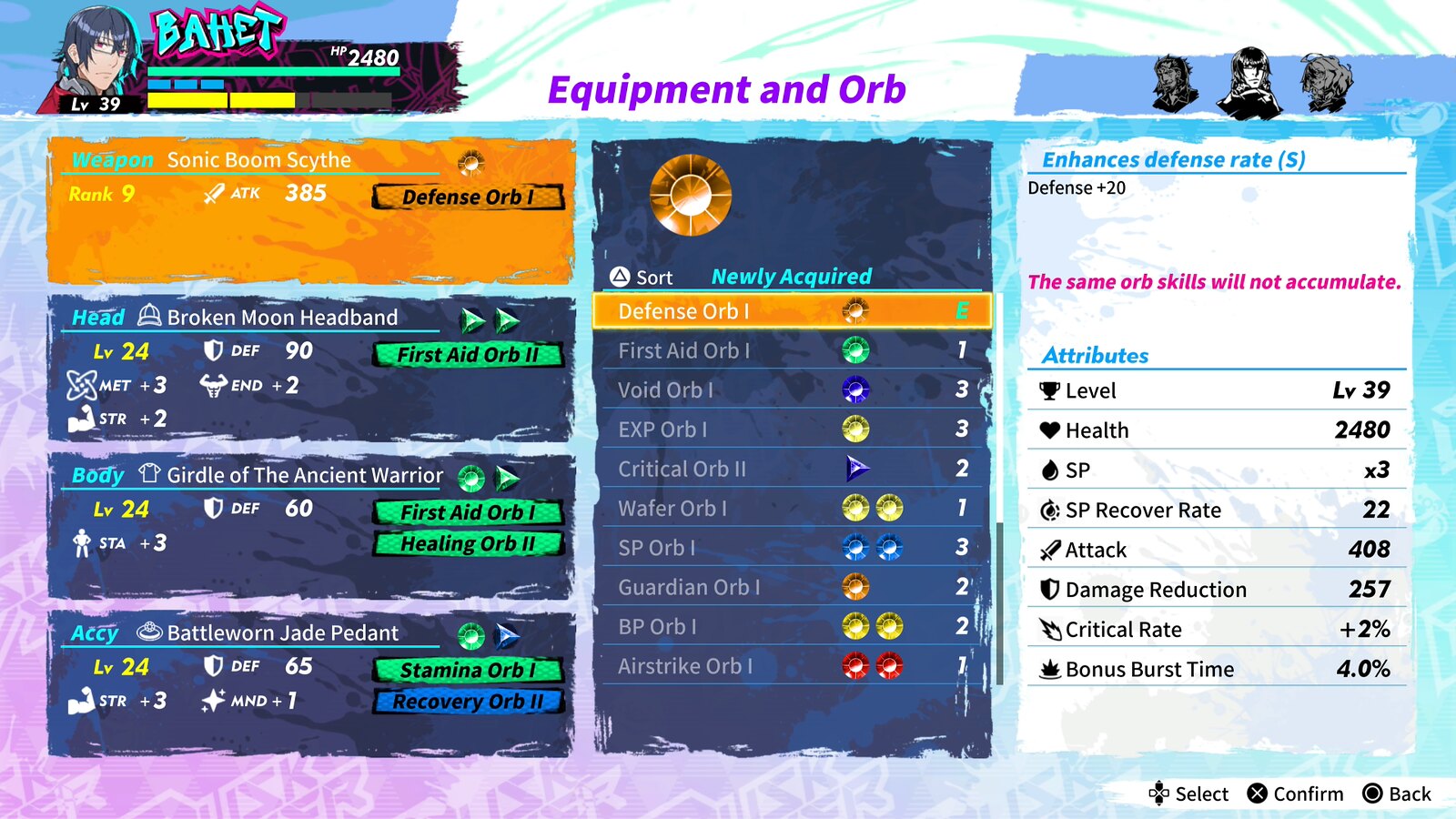 We’ve only scratched the surface of the combat options that await you in Dusk Diver 2 on August 30, available for PS4 and PS5. Are you ready to dive into this action RPG adventure and help level up Yumo and her companions while they take down Chaos Beasts? Purchase the Launch Edition of Dusk Diver 2 and receive an artbook, OST, and Launch Edition box. 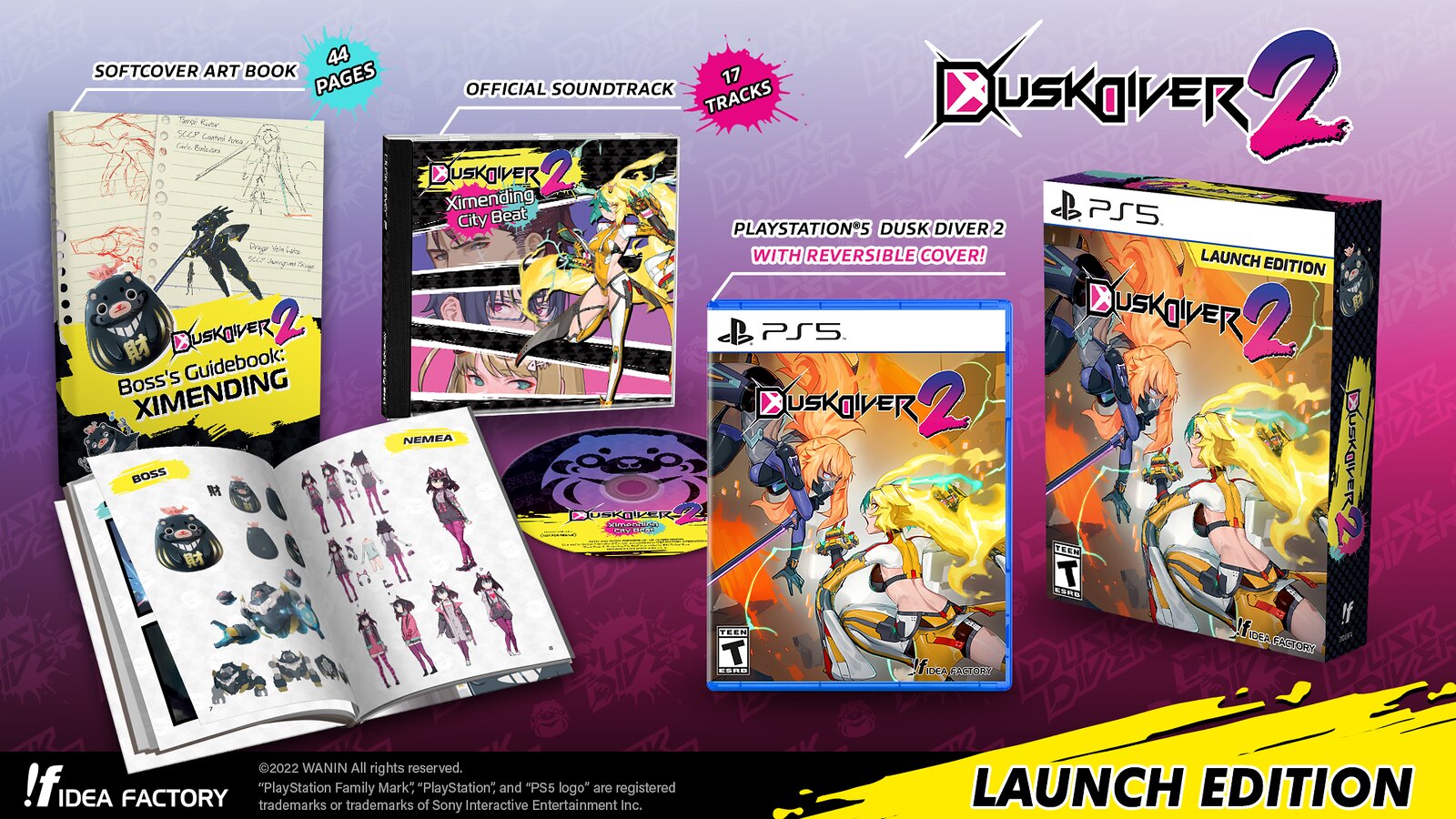