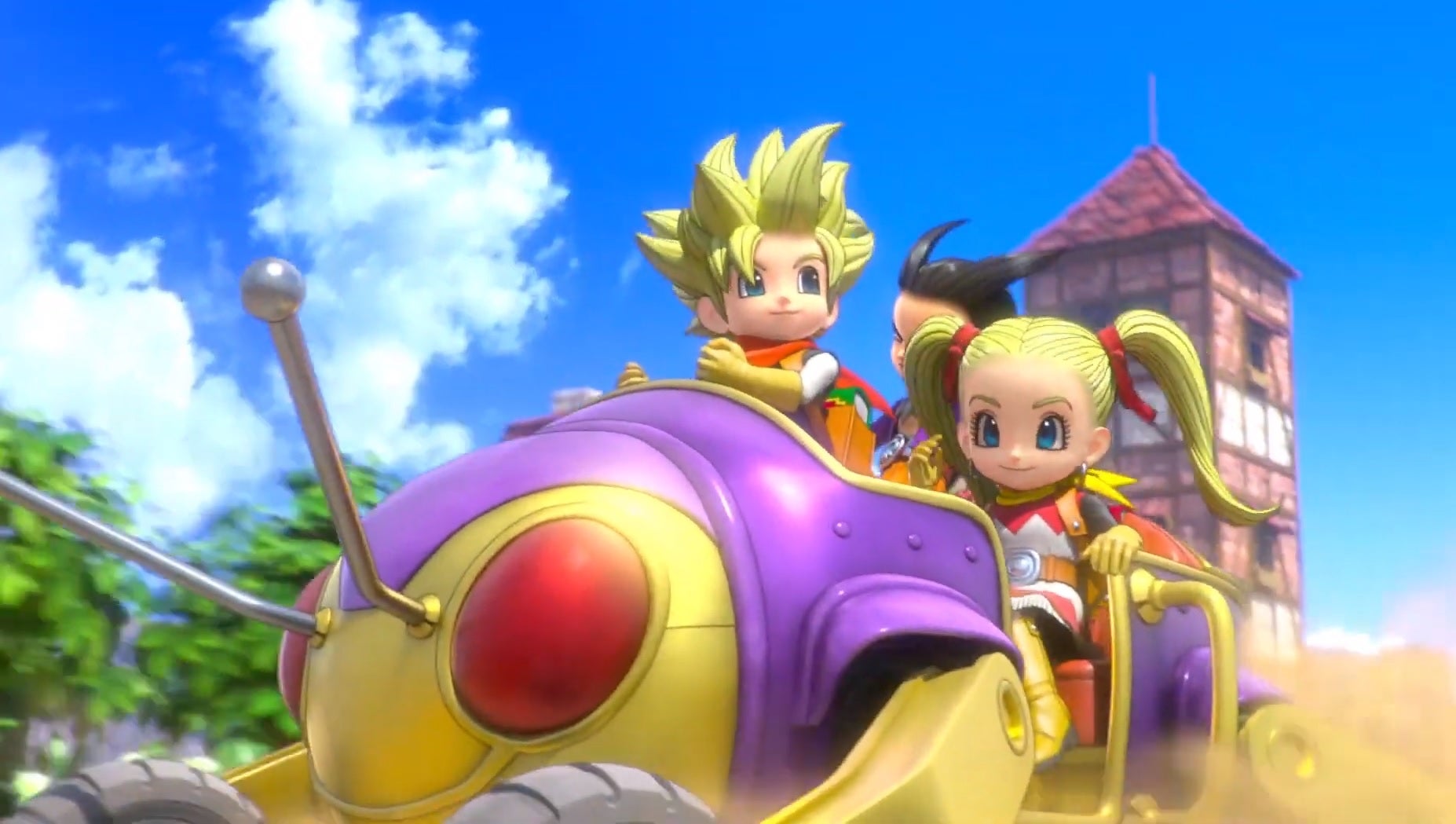 It’s not uncommon for those who would consider themselves ex-Minecraft players to feel the game’s siren call float to the back of their mind every once in a while, launching that nostalgia-driven urge to start over in a new world. Whether it’s returning to survival mode to aimlessly punch trees, or finally committing to recreating Hobbiton using creative mode and a rich suite of mods, there’s no denying that Minecraft has an enduring appeal and a malleable blend of freedom and structure that will keep people coming back to it indefinitely.

I’m no stranger to the allure of Minecraft, but recently I’ve found myself drawn back to its peculiar, spiky-haired cousin: Dragon Quest Builders 2, which just might be the best thing that Minecraft has ever inspired. It’s a game that serves as proof that there is still rich, untapped potential in mixing Minecraft’s best qualities with other genres’ and aesthetics.

Dragon Quest Builders 2 is a prime example of where such ambition can take us: an undeniably charming game that shows both reverence to the franchise it’s based on and the art of creativity within games itself. Across the game’s lengthy single player story and beyond, Builders 2 frequently acknowledges the kind of player that it attracts, encouraging you to ignore the boundaries of its intricate community-building simulator in favor of building whatever the hell you’d like on your own terms.

In this way, Builders 2 offers a similar blend of structure and freedom to Minecraft, teaching you how to create living, breathing communities as part of the main quest, and simultaneously insisting that you apply those same lessons to create whatever your heart desires on your own mini paradise island. All of this, of course, is wrapped in the familiar, cosy designs of Akira Toriyama’s Dragon Quest world.

Systems are stacked lovingly upon one another in Dragon Quest Builders 2, which at its peaks, resembles a sparkling cocktail of survival Minecraft’s base-expanding mid-game, Rune Factory’s farming and just a dash of The Sims thrown in for good measure. Amidst all the farming, crafting, gathering, building and, indeed, mining, you’ll also be expected to assume the mantle of a Dragon Quest hero. Embracing that role through the game’s story is where it really shines, helping it jump from Builders 2 cross the border from ‘a game that’s a bit like Minecraft’ into the territory of ‘a game that expands on the premise of Minecraft’.

Although there’s plenty of fun to be had in expanding your own island in the game’s limitless creative zones, those who follow Dragon Quest Builders 2’s story will be rewarded with a compelling experience that maintains a strong commitment to variety. It manages this by regularly making you start over from the bottom – inviting you to use your gathering and building prowess to lovingly restore and protect towns ravaged by a (conceptually very silly) ban on all types of construction. Whilst the instinct, in Minecraft, is to hold onto your base for as long as possible.

Each ‘act’ of Dragon Quest Builders introduces a new community to rebuild with a whole new cast of characters, embedding you, the player, within these communities for as long as you take to help them back on their feet; learning about their hopes and dreams as you attempt to manifest these desires in the blocks and furniture that surround them. Before long, you’ll say sad goodbyes and set sail for the next island that needs your help and do it all over again, and it’s thanks to this structure alongside a slow but enticing unlock of abilities and materials that Builders 2 remains constantly refreshing.

The way in which Dragon Quest Builders 2 uses Minecraft’s tried-and-tested formula as the foundational blocks in an elaborate 60-hour long Dragon Quest game to synthesize something at the exact middle-ground between both is nothing short of a huge achievement, and it certainly makes me wonder why other franchises haven’t done this. We’ve seen our fair share of Smash Bros. clones and Musou games with popular names attached, so I raise the question in earnest: will we ever see another Minecraft clone quite like Dragon Quest Builders? It’s clear that Dragon Quest Builders 2 is much more than just a clone of Minecraft, but games clearly inspired by Minecraft are so few and far between that we presently lack any other terminology to describe them.

Get your ears wrapped around VG247’s Best Games Ever Podcast. It’s brilliant, and that’s not just a view we hold as the people that make it. 30 mins, funny, and you can even play along at home by shouting out your suggestions. We won’t hear you, but you’ll have fun! Get all the podcast episodes here.

There’s plenty of possibility present in how the core premise of digging, building and surviving amidst an array of different cubes might be paired up with some other genre or aesthetic to forge gold. In many ways, the modding scene for Minecraft has already illuminated how certain conceptual mashups might be handled in its world. But what I am looking for isn’t just an extension of Minecraft, but rather, something that uses Minecraft as a jumping off point, akin to Dragon Quest Builders 2. Considering how packed Square Enix’s slate is lately, I don’t see a hypothetical Dragon Quest Builders 3 being the answer any time soon, so another team needs to step up to the plate. Hell, maybe even Harvestella will do in the meantime.

To give another franchise or world the Builders treatment would be to democratize the aspects of Minecraft that have continued to endear players over such a long time and give them a new lease of life in a different context. Minecraft and monster collecting? Sign me up for Digimon Builders. Minecraft and slow-paced survival horror? Sign me up for Silent Hill-ders. Anything is possible here, and the possibilities for the Minecraft clone remain largely untapped: perhaps out of fear of how the game might immediately be perceived, or perhaps out of a quiet resignation that nothing can truly ‘compete’ with Minecraft in a traditional sense due to its pervasive nature.

Despite the lack of continued support for the game beyond its release, Dragon Quest Builders 2 remains a fun place to build if you’re looking for a peculiar Minecraft-JRPG hybrid that offers an engaging context for your blocky construction endeavours beyond what you might have already experienced in Minecraft. It’s a game that I wish had inspired more titles of a similar form, but four years later, I’m still left wanting for another game to elicit the same feelings: hopefully, someone out there is getting ready to build it.

Netflix Has Officially Opened a Games Studio
Pac-Man Facts – Did You Know Gaming? Ft. Dazz (Re-edited w/ New Facts)
Stockpile is back with a twist in Destruction AllStars’ brand new event
Share of the Week: Robots and Machines
The Diofield Chronicles Review