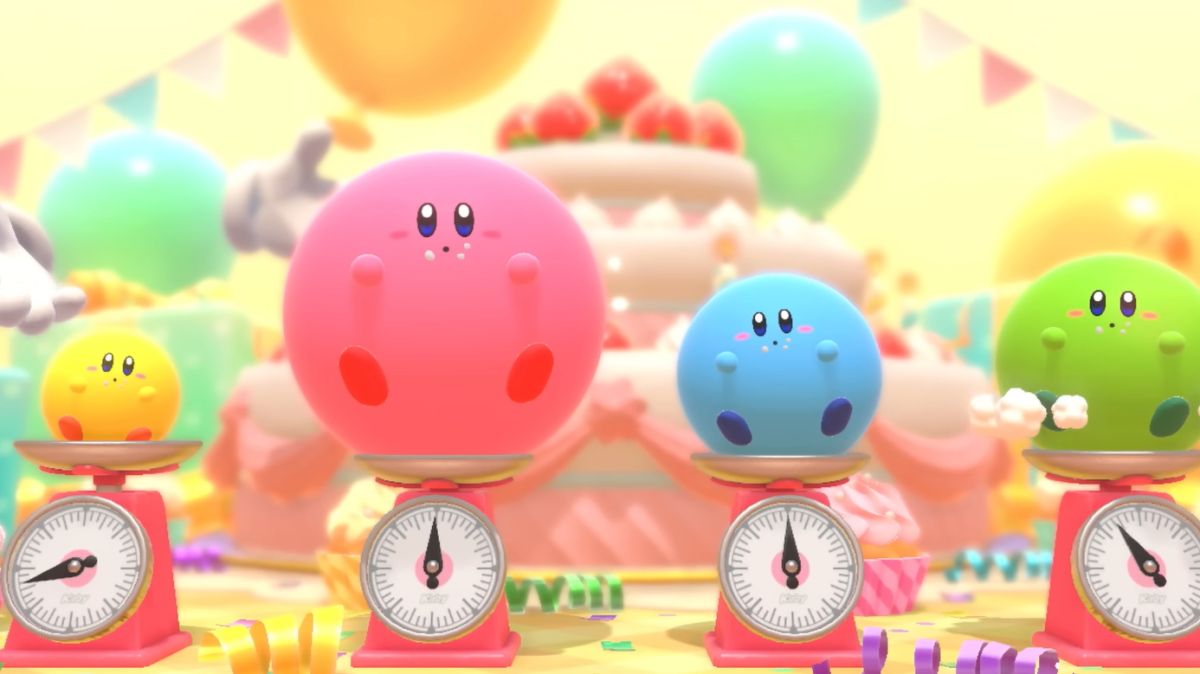 Following the launch of Kirby and the Forgotten Land earlier this year, the pink puffball will be making his way to the Nintendo Switch once again later this month. A short trailer (opens in new tab) appeared midway through the Kirby 30th-anniversary concert, announcing the game’s Japanese price and release date as August 17.

Nintendo later confirmed on Twitter that Kirby’s Dream Buffet will release globally on the same day, and its English-language eShop (opens in new tab) page confirms a price of £13.49 – about $16.50 / AU$23.

Roll into this smorgasbord of fun with 3 other friends in local wireless or online! Or play with a buddy on the same system! Kirby’s Dream Buffet releases on 8/17, exclusively on #NintendoSwitch Pre-order now at: https://t.co/SOAWIfyfe5 pic.twitter.com/wCjSYMt02NAugust 11, 2022

Revealed last month in a short announcement trailer, Kirby’s Dream Buffet looks to combine the pink puffball’s usual platforming with the multiplayer competition of Fall Guys. You’ll be competing against other players across a series of races, arenas, and challenges to rack up points and be crowned the winner.

But it’ll diverge from Fall Guy’s in a few essential ways. You’ll be facing off against only three other opponents rather than a 60-player server, as each player takes the role of a different, customizable Kirby. It also has a distinct food theme, with each level tasking you to eat as many edible treats as possible to end the round with the heaviest character.

In imitation of the mascot’s signature ability, you’ll be able to take on the form of some of the foods you swallow. The new trailer showed Kirby sprouting a twirl of icing on his head after eating a cupcake, letting him whizz around like a tornado. The other power-up foods include a donut, chile pepper, jelly, and chocolate.

To play the game with your online buddies, you’ll need a Nintendo Switch Online membership. You’ll also be able to play local two-player co-op without a subscription.