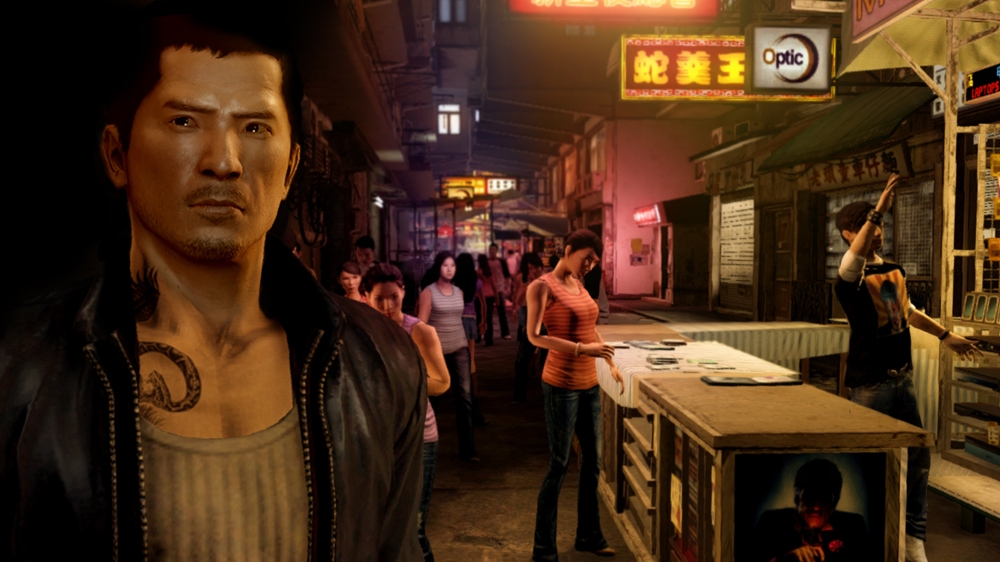 Sleeping Dogs is a game that has no business being as good as it is. After almost never seeing the light of day, this open-world actioner emerged phoenix-like from the ashes, rejuvenated as a unique, dramatic, multi-faceted thrill ride. The final product that hit the shelves in 2012 was one that can work on many different levels for almost anyone out there, yet unfortunately has been maligned for much of the ensuing decade.

The game started out as a Hong Kong-set instalment of the True Crime series, but delays in production saw the original publisher, Activision, cancel the project in 2011. Fortunately the rights to the game, among others, were bought by Square Enix, who saw the potential in what developer United Front had so far and gave them the chance to finish it off. With a few tweaks the newly re-named Sleeping Dogs was shelf-ready within a year.

Despite these late difficulties in getting it over the final hurdle, publisher interference had no effect on the final product. United Front delivered a brilliant sandbox game in the vein of Grand Theft Auto, but far more rooted in reality and completely unique unto itself.

Aiding the authenticity here is the location: while most open-world games have players exploring original landscapes, Sleeping Dogs features realistic recreations of four very different parts of Hong Kong; from run-down neighbourhoods to vibrant cityscapes and some of the most picturesque places in the city state. Achieved through extensive research by the developers of the island, by the visual aspect alone the game is remarkable. The level of detail is amazing, as is the amount of care that has gone into it.

Here Hong Kong can be explored on foot, where the game’s many challenges can be accessed, but there’s just about as much enjoyment to be had wandering the streets among the many other pedestrians going to and fro. Covering larger distances must be done by vehicle, where it’s possible to marvel at not just the traffic system and the impressive driving mechanics, but the fact that developers went to the length of creating multiple in-game radio stations which you can hear while behind the wheel.

While this landscape can be explored in such a way, the game’s compelling story keeps focus. Fans of classic Hong Kong crime films, in particular the seminal Infernal Affairs, will find the plot of Sleeping Dogs very familiar in the best possible way. Playable character Wei Shen, voiced by Will Yun Lee, is an undercover cop tasked with infiltrating the Sun On Yee triad, walking a thin line between this new life without rules and the new loyalties he has built up and the order he is out to protect. It takes him on a myriad of missions, meeting an eclectic cast of characters, played by many recognisable Asian-American character actors, along with a few other familiar names.

Sleeping Dogs’ story mode has Wei partake in missions on both sides, some where he has to assist the HKPD and investigate crimes, others as part of his new identity, and some where both come into play. Points are awarded accordingly, for upholding the law as much as possible and preventing collateral damage, or inflicting as much carnage on rival gangs. It’s different from a karma system in that it is beneficial both ways, boosting your cop and triad ratings which in turn improve different abilities.

Of course combat was always going to come into a game like this and while those actions don’t work perfectly every time, with more practice the margin for error becomes smaller. Sometimes fights can go on for too long, but the game does have a short cut for this by way of using weapons and environmental takedowns. The amount of hand-to-hand combat here is equalled by that where weapons are used, from using familiar shooting mechanics. But better still, almost anything that Wei can pick up can be used as a weapon.

The bulk of Sleeping Dogs’ missions involve all manner of combat, high-speed chases and more. Among the very best we see Wei caught in shootouts at a wedding and a rain-soaked funeral, in a race against time to find his kidnapped friend and in a breathless finale in which the gameplay, drama and emotion shift constantly.

There’s still plenty to do outside of the main story. As well as side missions where Wei completes jobs for both the Sun On Yee and the police, he can also take part in a number of street races, making use of the game’s wide selection of cars and motorbikes, among many other activities from cockfighting to karaoke. Even here, completing these tasks can merit suitable rewards: praying at health shrines, for example, upgrades Wei’s health, and assisting the local kung fu instructor unlocks new moves.

Customization options are minimal – as far as choosing Wei’s outfit – sometimes the animation isn’t so smooth and the controls can feel sluggish at times, in particular when the action and tempo ramps up. Also, amassing too many upgrades can make the game feel too easy, such as using a car to drive into enemies and completely eliminate combat all together. Yet these are the biggest flaws and do not hurt the overall experience of playing the game.

Sleeping Dogs ended up being a victim of unreasonably high expectations from its publisher. The game was well received, with critics praising the game for its visuals, writing and open-world system. It sold more than a million copies, which was less than what Square Enix had hoped for. By all ways success is measured, Sleeping Dogs was one, but was not able to capture and hold on to the public consciousness in the way other games have.

The response dampened any further enthusiasm for building a potential series, evidenced by subsequent developments with the property. A mooted sequel never got off the ground, United Front began work on a spin-off MMO that was cancelled in 2015. A film was planned with Hong Kong superstar Donnie Yen attached, yet progress on that also seems to have stalled. The game had so much scope for spin-offs yet none of them  materialized.

Technically impressive and endlessly entertaining, Sleeping Dogs was a game that deserved more. Now, with copies of the game affordable and available on eBay and Amazon as well as on the Xbox Store, there is every reason and chance to re-discover this forgotten gem.

Sleeping Dogs released back in 2012 on Xbox 360, PS3 and PC. It’s currently playable on Xbox One, Xbox Series X|s, PS4 and PC – the Definitive Edition is on the Xbox Store.