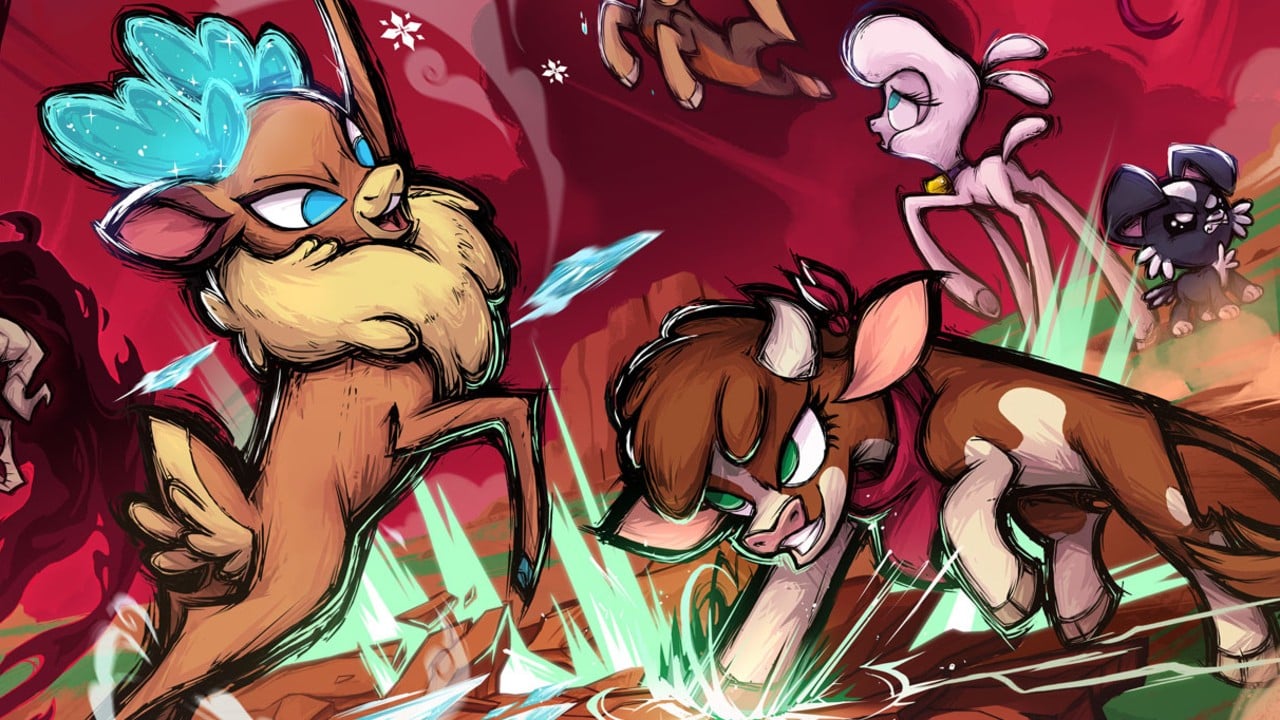 After getting a confirmed Switch release back in May, we have been eagerly anticipating more news about Them’s Fightin’ Herds — the My Little Pony-inspired brawler from publisher Modus Games and developer Mane6. Well, lovers of cute farmyard animals look away now, because we can confirm that the barnyard battle will commence when the game releases on October 18th.

Alongside this release date, Modus Games has also released a new trailer which shows each of the game’s four-legged fighters in action. Finally, we can rest easy knowing that there will be an option to play as a manic alpaca — phew.

Just in case you missed the news of the upcoming release, Them’s Fightin’ Herds is a classic-style 2D fighting game where you can choose to step into the ring as one of a number of cute farmyard animals designed by Lauren Faust (producer and developer for My Little Pony: Friendship is Magic). It’s the video game manifestation of the mean older brother who steals their sibling’s animal toys and throws them into their WWE playset — not based on any real-world scenario, we promise.

Check out some new screenshots below to get a taste of how… calming that fresh countryside air can be:

The game promises a series of modes from traditional Arcade battles and local co-op to full-blown online play (with full rollback netcode on all platforms) where you can take on animals from across the world and show them who’s the real king of the cattle.

Get ready to unleash your unhinged goat energy in just a few weeks’ time when we can finally get our hooves on Them’s Fightin’ Herds.

Are you excited to take on this barnyard brawler? Let us know in the comments!