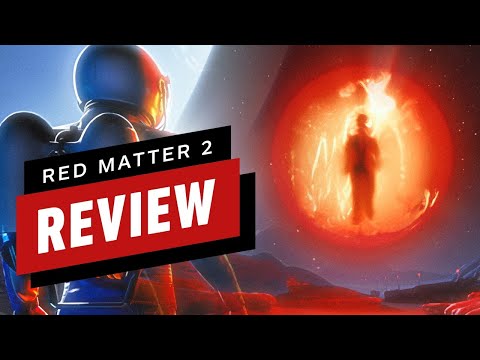 Red Matter 2 is an impressive sequel that builds upon its predecessor well, pushing the Meta Quest 2 to its limits to nearly match the PC version’s graphics. With its intuitive control system, excellent object interaction, and some great UI design, this adventure is one of VR’s most polished games yet. It’s unfortunate that combat doesn’t quite hit the mark but there’s some delightfully tactile puzzles to sustain the six-hour story. It all leads to a curious mystery which is satisfying, if not entirely mind-blowing. Of course, the journey is more important than the destination, and Red Matter 2 takes us to some fantastic places.

Community: Found A Great Switch Game We Didn’t Review? We Want To Know
The PS5 features bringing A Plague Tale: Requiem to life
Pokemon & Real Life – Did You Know Gaming? Feat. Eruption
The Dark Pictures Anthology: Man of Medan PS5 Upgrade Not Available for PS Plus
No Man’s Sky next big update focused on Switch launch