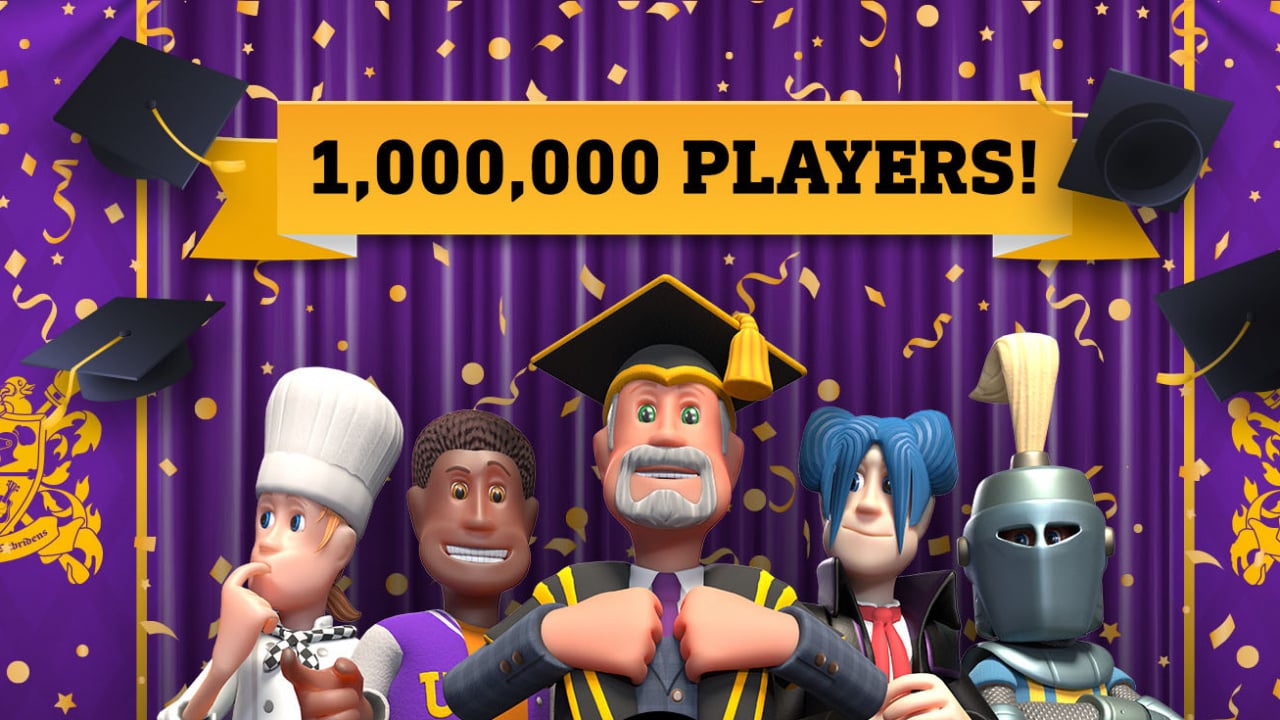 At the beginning of last month, we were blown away by the amount of fun that we had getting to grips with Two Point Campus — earning the game a top-of-the-class 9/10 in our review. It is therefore with great joy that we spotted Two Point Studios’ announcement that the game has now amassed over one million players worldwide.

It is true that this total is representative of players across all consoles, so yes, we assume that this also includes Xbox Game Pass. But a total of one million players in under a month for an indie developer is nothing to be scoffed at.

The developer shared the impressive milestone on Twitter, thanking the fans and welcoming any newcomers who may have enrolled a little later:

There are officially one MILLION Two Point Campus players 🎉

Welcome to the community everyone, we’re so excited to have you here!

Thanks so much for playing ❤️ pic.twitter.com/hZoEWlyhKF

The stellar Switch release has been doing pretty well for Two Point Studios! We have been keeping an eye on Two Point Campus’ impressive Switch sales ever since it came in second place on the UK charts during its opening week. This week, the game placed 38th on the charts, but with 68% of sales still coming from Switch, it is clear to us that the game has found its natural home.

As for what comes next, it looks like Two Point Studios has some plans in the works. One million players were always going to prompt the studio to think about expanding, and while it appears that this is still a way off — the developer is currently focused on the continued smooth running of the game — extra features may be made available in the future.

we’ve got some cool plans for the future! For now though our focus is making sure it’s running smoothly on all platforms! — Two Point Studios (@TwoPointStudios) September 1, 2022

If you are still yet to get your hands on Two Point Campus, take this milestone as a clear sign. The school bell is ringing, and one million other people are waiting for you inside.

What are your thoughts on Two Point Campus? Raise your hand to make a comment below!