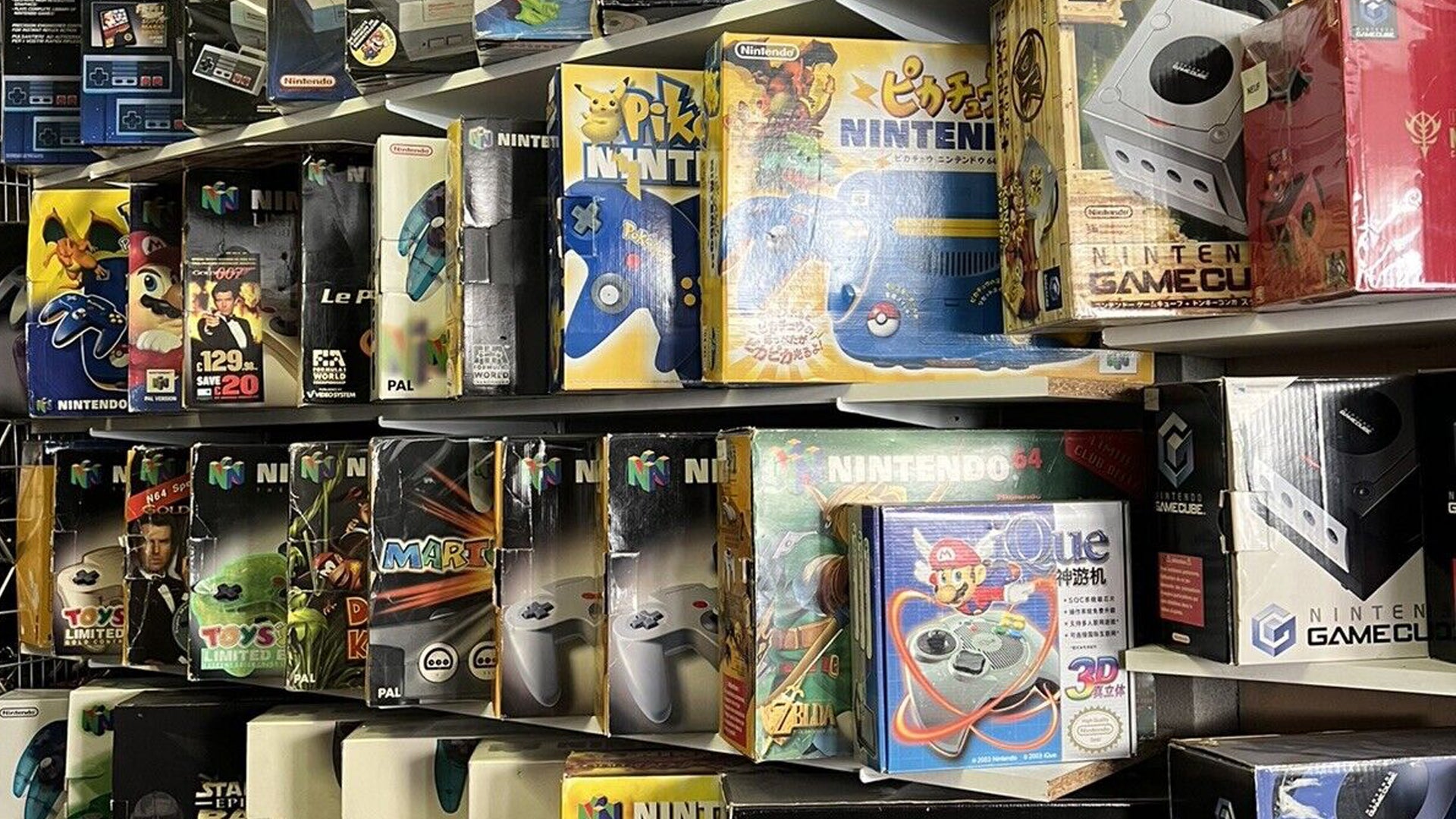 If you have a spare cool mill laying around somewhere, and fancy upping your console collection, there’s an eBay listing you might want to check out.

With the world of video games offering a fair number of rare collectibles due to limited prints of cartridges, or certain consoles and peripherals not doing well enough to warrant much production of them, there’s a lot of collectors in turn who like to build personal libraries. And recently, an eBay listing (spotted by Consolevariations.com) shows a pretty impressive collection of roughly 2400 different consoles. And all the seller wants for it is €984,000, which is about a million US dollars, or £850,000.

The auction looks legitimately impressive. Images show a Japanese and (presumably) European version of the Pokemon themed N64, a deliciously burnt orange GameCube, a PSP Go, and so much more. Seriuosly, it is a ridiculuosly large collection that honestly could be worth the asking price. The user in question, kariaure, has even shared videos of their collection on their YouTube channel, with an extensive range of Sega consoles, Game Boys, and more shown off.

One video even shows their collection from 2010, around 12 years ago, where they only had 1500 consoles, which means they’ve wracked up a further thousand different consoles in the meantime.

Based on a Google translation, the seller has been collecting since the early 90s, noting that at the time collecting wasn’t as much of a thing compared to what it’s like now. Kariaure notes in the listing that they are open to a purchase from a collector, but also a museum should one be interested. Which might fit in nicely with the intitiative Embracer Group has set up.

Obviously, most of us aren’t going to be able to afford this collection, and likely won’t even have the space. But it’s fun to daydream sometimes, isn’t it?