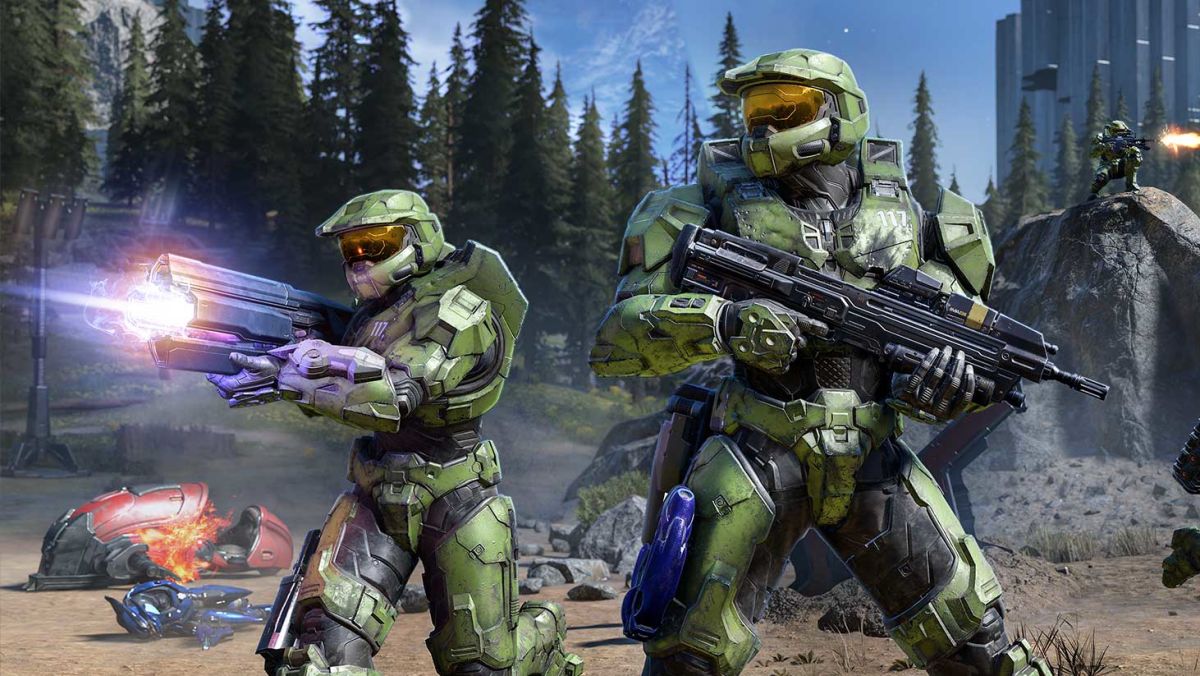 Halo Infinite fans have discovered a way of playing the shooter in splitscreen co-op, after the game mode was officially canned.

While local campaign co-op had previously been announced for Halo Infinite, 343 Industries’ head of creative Joseph Staten confirmed work on the mode had been scrapped in a recent video update (opens in new tab). As spotted by Eurogamer (opens in new tab), a fan on Twitter (opens in new tab) discovered a workaround that lets players access the shelved feature.

The nifty menu glitch lets you add other players to your campaign session, so you can play Halo Infinite co-op with a buddy beside you. It only appears to be accessible for players on Xbox Series X|S, leaving PC gamers out of the fun.

How to play Halo Infinite co-op

To play Halo Infinite in splitscreen co-op you’ll first need to boot up the campaign solo, create a save file, and have a friend waiting in the game’s main menu. They can be idling on a console version of the game or on PC, but must be connected to the Halo online network. From there, follow these steps:

According to Halo fan account Halo Creation (opens in new tab), who posted the tutorial online, the workaround is seamless. You should be able to play the campaign with a friend without running into any crashes, AI bugs, or other glitches. According to another player on Reddit (opens in new tab), the trick also supports four-player co-op.

Don’t expect the workaround to be about forever, though. As a glitch, it will likely be patched out in a future update, and 343 is unlikely to ever provide an official alternative.

“We’ve had to make the difficult decision to not ship campaign split-screen co-op, and take the resources that we would use on that [to] go after… all of these other things,” said Staten in the video update. Those “other things” include quality-of-life updates, live service content, and bug fixes.

Online campaign co-op is still on the table. It’s expected to roll out in the game’s Winter Update period between November 8 and  March 7, overshooting its August release window that was announced after several delays. It’ll be joined by a beta Forge mode, new competitive game mode Covert One Flag, two new multiplayer maps, and a free 30-tier battle pass.

But Halo Infinite’s local co-op mode might not have been as impressive as hoped. Online co-op has been available in beta for a few weeks, and while fun, doesn’t keep the campaign fresh.