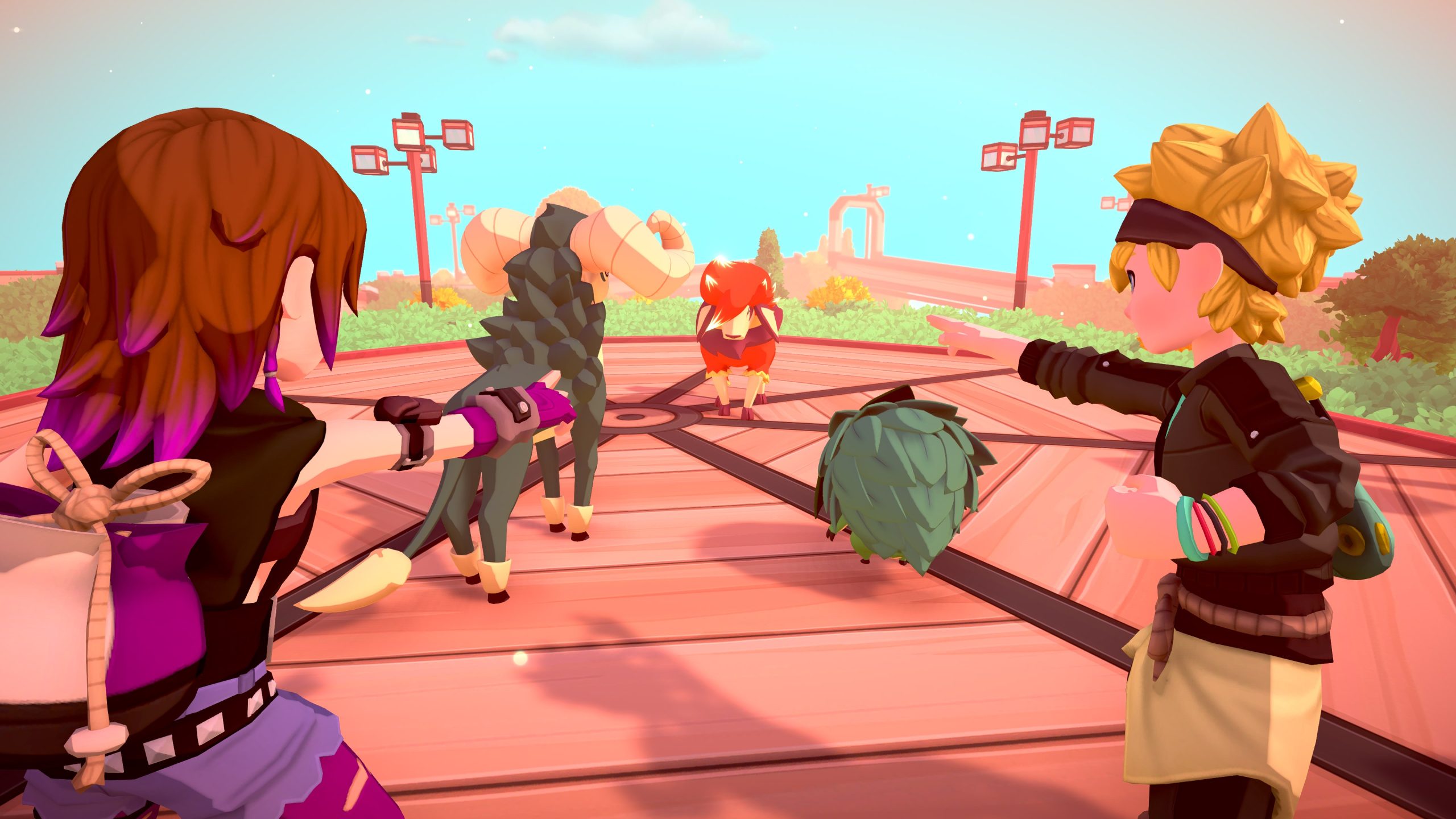 After two years in Early Access, Temtem finally launches to the world, delivering a massively multiplayer creature-collecting adventure to those on PC and console.

Available today for Xbox Series X|S, PS5, Nintendo Switch and PC (either Humble or Steam, take your pick), Temtem from the Crema and Humble Games teams is a massively multiplayer creature-collection adventure in which you’ll get to spend time journeying across the Airborne Archipelago, with your Temtem squad in tow.

A game which will task you with catching ’em all, collecting up every Temtem as you go, battling other tamers, customising your home, joining a friend’s adventure and, ultimately, exploring the dynamic online world that is provided.

No matter whether you’ve dipped into Temtem via Early Access previously, or are jumping in fresh now that the huge world opens up for real, Temtem tamers and adventurers will have a host of opportunities laying in wait for them, from the story campaign, the cooperative adventure, the online world and the competitive nature.

And because Temtem is going for it, dropping the Early Access tag, you’ll also find a full endgame in place – via Endgame Island, no less – as well as multiple Seasons to enjoy with Battle Passes and rewards, alongside a Premium Store.

In all, the features to keep in mind include:

So where do you go from here? Well, the Xbox Store will sort out the Xbox Series X|S players amongst you – and no, this isn’t playable on Xbox One! – with both a £39.99 Standard Edition giving access to the base game, and the £54.99 Deluxe Edition adding in a host of cosmetic content.

Temtem is not just available on Xbox Series X|S. Expect to find it on PS5, Nintendo Switch and, of course, PC via either the Humble Store or Steam too. Let us know what you think once you’ve gone hands-on and we’ll be sure to do the same in full review.

Temtem is a massively multiplayer creature-collection adventure. Seek adventure in the lovely Airborne Archipelago alongside your Temtem squad. Catch every Temtem, battle other tamers, customize your house, join a friend’s adventure or explore the dynamic online world. Every kid dreams about becoming a Temtem tamer; exploring the six islands of the Airborne Archipelago, discovering new species, and making good friends along the way. Now it’s your turn to embark on an epic adventure and make those dreams come true. Catch new Temtem on Omninesia’s floating islands, battle other tamers on the sandy beaches of Deniz or trade with your friends in Tucma’s ash-covered fields. Defeat the ever-annoying Clan Belsoto and end its plot to rule over the Archipelago, beat all eight Dojo Leaders, and become the ultimate Temtem tamer!