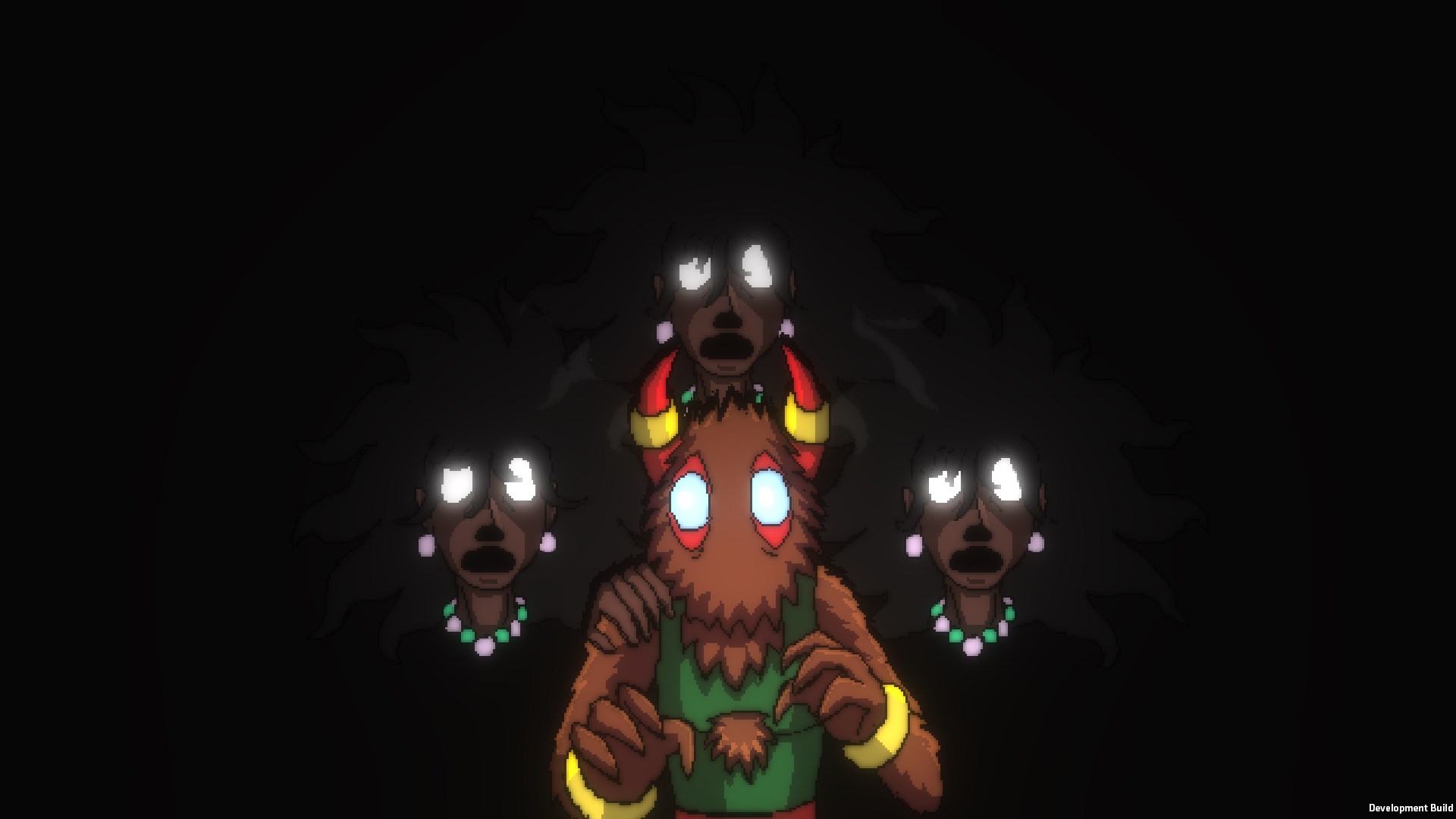 Platformer? 2D fighter? Temple Run emulator? The end is nahual: If I may so so is all of the above and more, as it seems developers Third World Productions have looked at a list of ‘video game genres A-Z’ and picked the lot.

The story of The end is nahual, I’m afraid to say, doesn’t make much sense either, but that is the point of such a surreal comedic tone that the game is going for. Releasing today on Xbox Series X|S and Xbox One, in this Mesoamerican world you must make your own inferences and conclusions, as the story is told through a combination of drawings, cartoons, pixel graphics and what seems like a constant psychedelic trip.

Whilst labelled first and foremost as a puzzle adventure, soon The end is nahual will have you duelling characters in a Street Fighter-style match-up, running through mazes like you are in Temple Runner (or Minion Rush, take your pick), and using your mastery of the English language to progress the story. It’s truly see it to believe it stuff, although the amount of drugs our protagonists get through, even that might not be the case!

Ready to play what might just be the strangest game of 2022? The end is nahual: If I may so so is now available to pick up on Xbox Series X|S and Xbox One for £8.39 – the Xbox Store will sort you right out.

Keep an eye out for our full review of The end is nahual: If I may say so as we play through it on Xbox Series X|S. If you give it a go, drop into the comments and let us know what you like about it.

A surreal puzzle game, where everything that we put into the game is possible. Push yourself through puzzles, fights, dialogue boxes, and an inventory. Use your will, wits, and English reading ability, You can do it!

Overwatch 2 release date, time, and when Overwatch shuts down
Silent Hill: A Short Message Rated in South Korea
Hot Wheels Unleashed Leads October 2022’s PlayStation Plus Games
Skyrim Anniversary Edition for Switch is out today for $70 or a $20 upgrade
15 most wanted games still coming in 2022