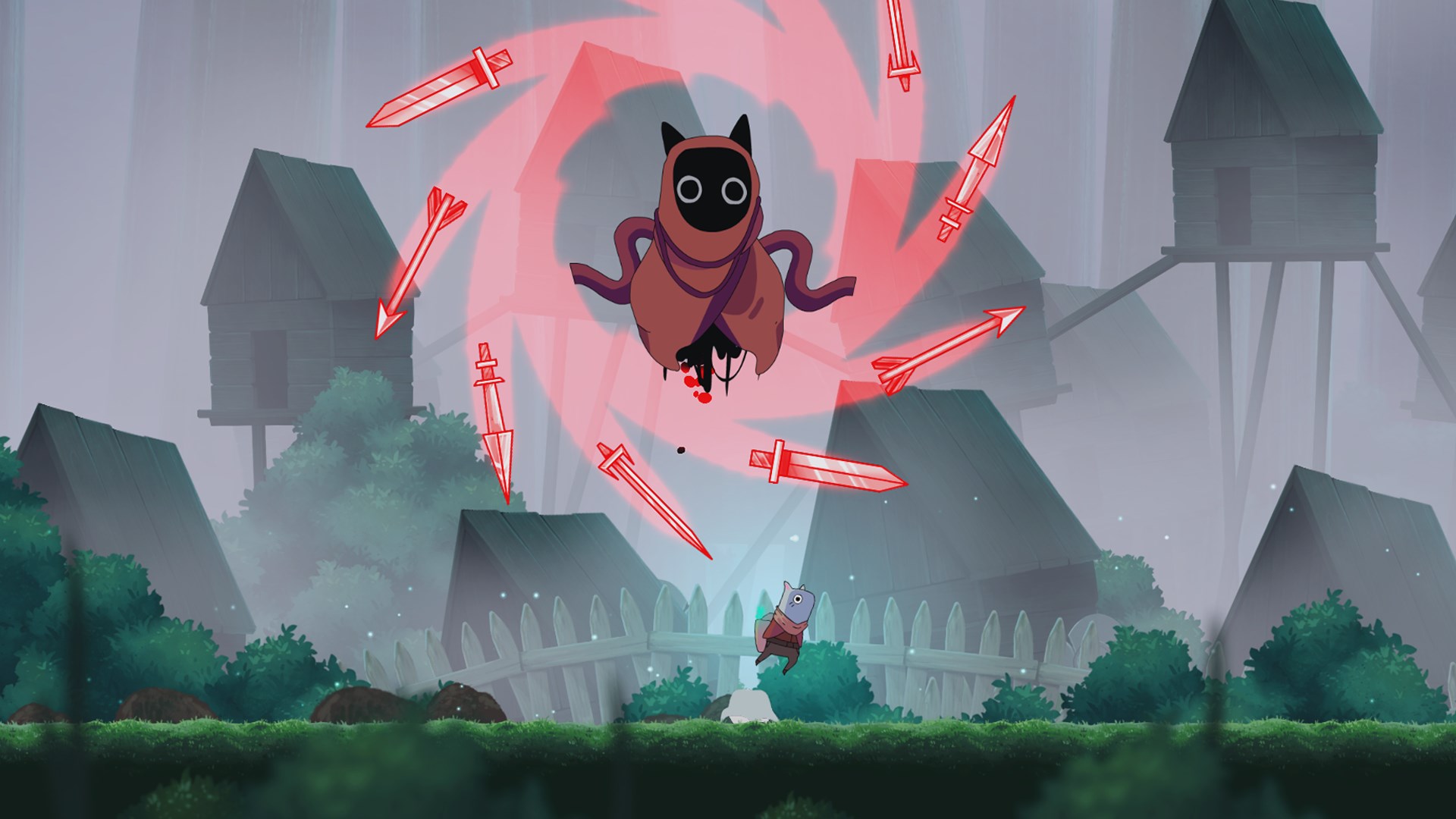 There are games which will deliver a whole range of emotions. Sometimes that will be on the negative side, with frustration or disappointment that the game wasn’t what you wanted it to be. Other times are feelings of nostalgia, whipped up by playing a remaster or something which a familiar format. More still will deliver excitement and adrenaline, as you get better in your skills, beating all others. And then some games will do nothing but make you smile, beaming from beginning to end. Islets is a game that is full of joy and wonder.

From the beginning cutscene, there’s a chance that Islets will capture you. I’ll be honest, the idea of another indie Metroidvania-type game in an almost overcrowded market didn’t fill me with joy, but Islets is a game that you’d be wrong to dismiss. Fans of Hollow Knight and either of the Ori games – Blind Forest or Will of the Wisps – will absolutely love this game and for any newcomers to the genre, this could be a good one to start with; especially as you can shift the difficulty level down without ever interrupting the enjoyment of the game at all.

Our hero is Iko, a little mouse with a sword. This little ‘un is part of a select few trained warriors who have one purpose. See, the world consisted of one piece of land but it’s that which has been split up due to some wrongdoing, separated into five isles. Your job is to explore these places, connecting things up into one. You first arrive in a small rickety airship, before heading off on your quest. The story is fantastic, simple and brilliantly set up, reminding of Studio Ghibli in terms of the narrative and visuals.

The nature of the gameplay harks back to that of Ori, especially in terms of the 2D world and the ability to go forwards and backwards across the map. It works as a basic platformer that we all know and love with the five different islands and five different biome environments all ready to explore; there are plenty of secrets to find.

You have a jump, to begin with, and with a touch of the attack button, you can swing your sword and kill enemies. There is a dodge roll as well, helping your little mouse get under obstacles, whilst he also comes with the ability to shoot limited arrows at enemies. As you progress through the levels you gain new abilities by discovering new areas and fighting big bosses. Soon you will be able to double jump, climb walls, pull off ground slams and boost quickly in one direction.

There are also little mouse tokens to find and these brings about the choice of permanent upgrades, like some more arrows or higher amounts of damage in the attack. When you discover more islands and start to connect them, the difficulty level does ramp up – even on the easy mode – and at times Islets can get pretty tricky.

There’s a great hub area in the sky where you can purchase some extra upgrades or build your ship up to become a great sky galleon. There are even some battles to be had up there, as you take on some sky pirates. The whole experience is a joy gameplay wise and Islets is a game that you will be playing with a smile and a twinkle in your eye. You will die a lot too, but it’s never as bad as other games in this genre, while the puzzles, enemies, and routes through always feel impressive, even when that difficulty ramps.

Visually the Islets world is a beautiful, whimsical one. Beautifully animated watercoloured landscapes and characters; each mouse, enemy, and object has been lovingly crafted to create a wonderful place to live – and die – in. The tone, atmosphere and visual storytelling are nothing but perfection, yet whilst the sound design does a solid job throughout, it never manages to take the breath away like the visuals do.

If you like Hollow Knight or the games which have come out of the Ori franchise, then you’ll be in very good company with Islets. The world is adorable, as are the characters, level designs, and creatures. The gameplay feels intuitive and works brilliantly and even though there is the need to backtrack a fair bit, and the difficulty level does ramp up quite considerably, it’s one to love.

It’s helped by the fact that it focuses on some cute little mice with swords.

Islets is on the Xbox Store