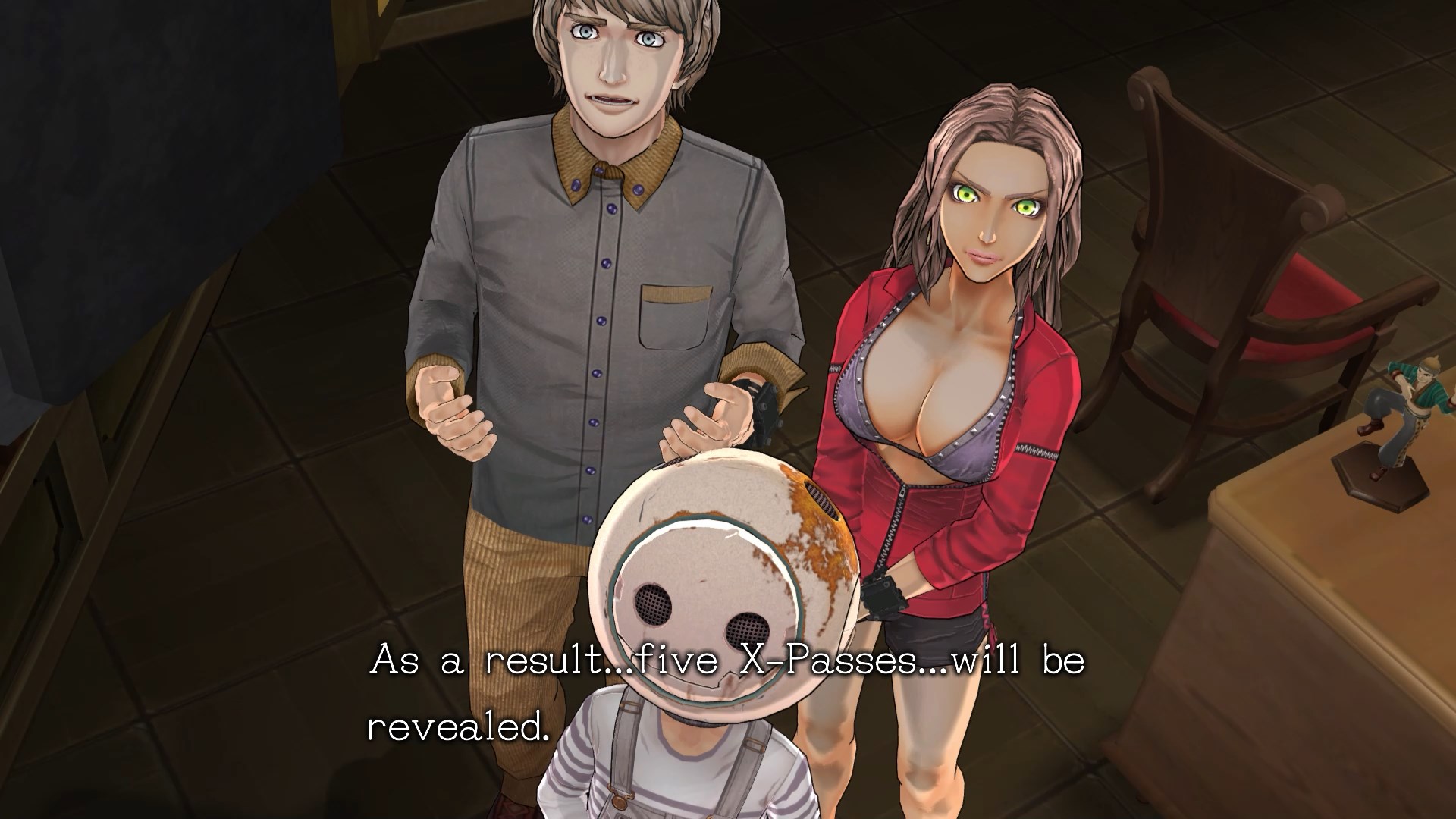 Game-changing decisions always make me come out in a cold sweat. If I choose one path instead of another, will it give me the best possible route? What happens if I switch my thoughts and my favourite character dies? How do I get to the preferred ending? From Telltale games all the way through to the Mass Effect franchise, the decisions we make bear fruit on the outcomes of video game narrative. In Zero Escape: Zero Time Dilemma you are immediately placed with a simple choice on a coin flip. One way leads to death and the other to freedom. Which do you pick?

It is an intriguing setup to Zero Escape: Zero Time Dilemma and it leads into a fascinating story that mixes sci-fi and horror tropes. This is the latest game in the series of Zero Escape franchise, following on from Zero Escape: The Nonary Games which recently arrived on Xbox. Set in the future, Zero Time Dilemma places you in an underground nuclear bunker in the middle of nowhere. Nine characters awake there and find themselves locked up in cells. They have devices attached to their wrists, which inject a sleeping potion into their arms, whilst also ensuring they lose their memory. All clear so far?

A strange figure appears on some video screens, dressed in a Plague Doctor mask and disguised voice. He calls himself Zero. From there the nine prisoners are forced to play a game called the decision game, divided into three teams and placed in different sections of a power station. The three teams – C team, D Team and Q team – find themselves tasked with a timely decision to vote out another team, whereby the team with the most votes will be executed. Survive and in order to escape the nine need to discover a number of passwords to a lift, with passwords that will be given out when a person dies. Thus six of them will have to die. Is there another way around this?

For me, it’s the story, characters, and concept which are the highlights of Zero Escape: Zero Time Dilemma, as a complicated and intriguing narrative plays out. It feels like this has been built up through the other games and at times it’s felt like I’ve maybe been missing something by not knowing about the world and events in the series, but on the whole it’s been enjoyable ‘not knowing’.

Zero Escape: Zero Time Dilemma makes you choose between the teams and who you want to play through. Each team has a selection of many different story fragments that build out their timeline. Choosing one of these doesn’t mean that it is happening linearly. In fact, the memory you choose could be in any place in the team’s narrative, supported by the game with the premise that the nine keep losing their memory from the injection.

When you select one of those fragments to listen to you might get an insight into the team’s thinking into how to decide on what to do. You get clues into their relationships and the group’s history and dynamics. There is normally quite a big cut scene that plays out, but the story is intriguing enough to hold your attention. The gameplay itself consists of making choices that could be life or death for your other teams and friends. Or puzzles to solve like a good escape room where you have to search for clues and use your logic to get out. But at its heart, Zero Escape: Zero Time Dilemma is more of a visual novel than anything else.

Zero Escape: Zero Time Dilemma has an almost old-fashioned look, delivered like a game that came out years ago for something like the PS Vita. But it does an okay job and the characters look alright; although perhaps one of the female characters and their outfits would struggle to fit in to a 2022 world. The sound has a good ominous track and the text is fully voiced over with a mixed bag of results; once again it feels quite old-skool.

Zero Escape: Zero Time Dilemma is on the Xbox Store

Google Is Shutting Down Stadia in January 2023, Offering Refunds
This Week’s Deals with Gold and Spotlight Sale (Week of September 26)
Everything You Need to Know About the Call of Duty: Modern Warfare II Open Beta on Xbox
Indies highlights coming to PS4 & PS5 in October 2022
Netflix’s The Witcher Season 3 and Blood Origin Release Dates Revealed