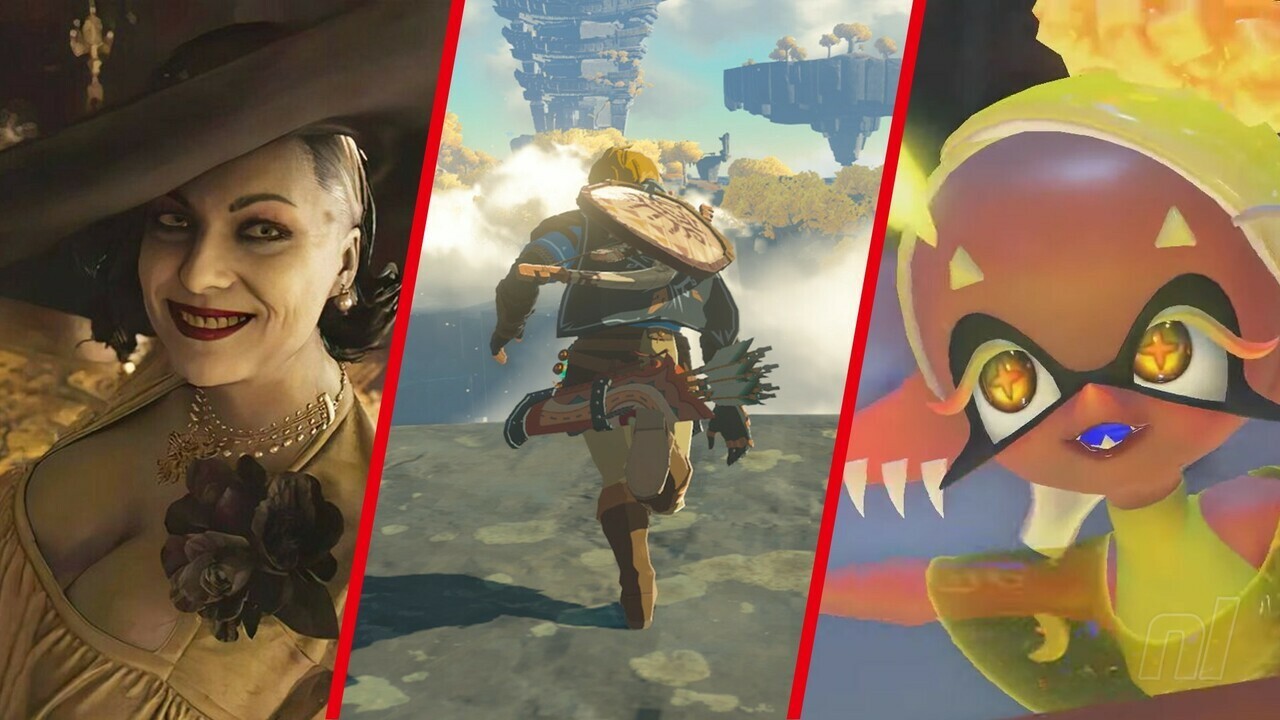 Nintendo Direct week is both the joy and the bane of a games journalist’s work week. So much to talk about! So little time! So much hype! And then you spend the next two weeks slooowwwwly dissecting it all, discussing it all, and finding out the details that the Direct didn’t tell you.

This Direct was a pretty good one by many metrics — no Mario (unless you count the movie and the Rabbids spin-off), but some Zelda, lots of indies, Splatoon, Bayonetta, Resident Evil, and GoldenEye, like a tour of Nintendo’s Greatest Hits.

What did Team NL think of the Direct? Read on to find out!

What were your expectations?

KATE: …Admittedly I was ready for the promised/leaked “Zelda blowout” that never came, but I didn’t have any other expectations, really. I like to be surprised by the contents of the Direct, and I was!

JIM: I’ll admit, my expectations were sky-high after being promised a Zelda port to every franchise game known to man, but this did mean that I was not ready for everything else — which, as it turns out, was a lot!

OLLIE: See, now I was mentally preparing myself for a distinct lack of Zelda beforehand, because I really struggle to believe anything that leakers say, despite the obvious fact that this Direct’s existence was correctly predicted. I was expecting a lot of surprises, regardless, and thankfully they came with abundance.

ALANA: Even with rumours of a “Zelda blowout”, I wasn’t actually expecting Breath of the Wi… oh, wait, Tears of the Kingdom to appear. But otherwise I went in like I normally do – temperate expectations. And the Direct, for me, blew me out of the water.

OLLIE: I’ve never been into Fire Emblem, so I have no strong thoughts about this one, I’m afraid…!

KATE: I feel like we’ve had a lot of Fire Emblem. But I know it bothers me when people say we’ve had too many of a game or genre that I love, because I certainly don’t agree… so let’s just say that I think I’ve had enough Fire Emblem.

JIM: Wow, starting with that shot of the intricately designed ceiling in a Direct where everyone was expecting talk of Zelda stuff… Jeez Nintendo, talk about getting my heart racing.

ALANA: Okay, I absolutely thought that this was something else, and then Zelda, before it was Fire Emblem. It looks really clean! The animations were ridiculously good. I’m not a big Fire Emblem fan, but I know people who are, so I’m happy for you all!

JIM: I am so ready for a good bit of couch co-op. The visuals are kinda stinky but hey, I’m here for the story and good vibes only.

KATE: This seems like such a perfect fit for Switch, so I’m glad to see it. It looks a LOT worse than it does on Xbox Series X, though, so that’s a bit sad. It’s a beautiful game.

ALANA: Right?? This looks pretty rough. I know Hazelight said it was unlikely the game would get a Switch port, but I suppose ‘Game of the Year Winner’ changes that. I’ve heard great things about this one, but I’ll be honest, I have little interest in getting it. I also don’t have anyone to play it with in-person right now.

KATE: I wonder if Nintendo threw money at them to do it? I doubt it. Microsoft and Sony would, Nintendo probably wouldn’t.

JIM: Kinda like when you see one of those dog breeds which is, say, a Chihuahua mixed with a Husky. You look at it and think, how… how did that happen?

ALANA: I genuinely thought this was Fist of the North Star: Lost Paradise (the Ryu Ga Gotoku Studio PS4 game) at first. But Fitness Boxing? Sure! Change it up. It made me laugh.

JIM: Ok, I’ll admit it, my signal dropped out during the reveal of this one so I had to get it on catch-up after. But oh WOW this looks like a warm hug. I am ready, my little fox boy, I won’t let the nasty WiFi let you down again.

ALANA: This is one of those that I have on Game Pass but I haven’t got around to playing yet! Look at the little fox fella! He’s so cute! Maybe the portability on Switch will be the thing that pushes me to play it…

KATE: AAAAAAAAAAAAAAAAH!!!! A Wonderful Life was my first Harvest Moon game, so I’m thrilled that it’s getting a new lick of paint. But… they’ve renamed all the characters! That’s so weird to me! I don’t care though, gimme gimme gimme. And then also remake all the DS games, too.

JIM: *quietly whispers* I have never really given Harvest Moon all that much of my love. Maybe this will change things, but ehhhhhh.

OLLIE: Like Kate, this was my first Harvest Moon game, and still probably my favourite of the bunch, so I’m absolutely thrilled it’s getting a remake! I can’t wait to just chill out on my farm and listen to the wonderful theme tune… Ahh.

ALANA: God, this was my jam growing up. It took until Stardew Valley to find another farming game that really scratched an itch, so I’m really looking forward to picking this one up next year. The GameCube is making a comeback!

JIM: You’re really going to give us a Splatfest where one of the options is ‘FUN’ and expect people to contemplate whether they would take ‘GEAR’ or ‘GRUB’? Come on, man!

ALANA: I like the twist on the Splatfest question. I like Deep Cut, too. But, Jim, if you don’t know who to pick, always vote for Big Man.

ALANA: Okay, yes. Yes. Yes. I really loved Octopath Traveler, and HD-2D is like, the best visual style Square Enix has going right now. This looks like a huge visual upgrade from the original game. The music sounds stunning. The promise of intertwined stories is exciting. I. Am. Ready.

OLLIE: I need to play more of the first game… I think my brother borrowed it from me a while back… Give it back, man!

JIM: I just personally feel like Square Enix could have done more at this Direct…

KATE: They had me from the first five seconds of this trailer. Fantasy Life meets farming? I only wish I had been the one to make it. I’m so ready.

ALANA: I’m not joking here – this was the highlight of the Direct for me. I’ve got about 150 hours in the two 3DS Theatrhythm games and I’m scared for my wallet right now. 385 songs in the base game alone is utterly ridiculous, though. I’m sort of hoping for touchscreen controls for the Switch in handheld mode, but I’m not holding out much hope. I’m still picking this up day one though. I am so excited to play more Theatrhythm.

JIM: ‘It’s a musical blast from the past!’ I am desperate to know what came first, this trailer opener or the idea to return to the Theatrhythm series.

ALANA: I haven’t been seeing a lot of hype for this, and, yeah, I liked what I played of the first game, but I’m not itching for more. Nintendo needed to show this because it’s out soon. I am excited for that soundtrack, though.

KATE: I’m sure it’ll sell loads, and it seems like a fun thing to do with the Mario franchise, but… it’s not that appealing to me. Mostly because I really hate the Rabbids. Sorry!

Go to page two for our thoughts on Pikmin, Harvestella, Bayonetta 3, Resident Evil, GoldenEye, and Kirby…