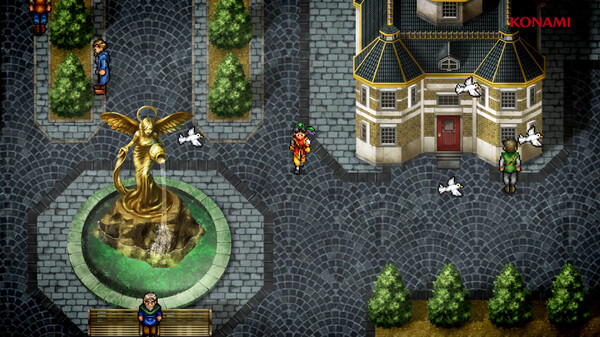 Remember Konami? They we once responsible for the likes of Metal Gear, Silent Hill, Castlevania and lest we forget, for better or worse eFootball/Pro Evolution Soccer. Well, it would appear the sleeping giant is stirring again with the one of the biggest announcements from the whole Tokyo Games Show 2022: Suikoden I&II are receiving the HD Remaster treatment in 2023 for Xbox, PlayStation, Nintendo Switch and PC.

Suikoden I is known as Gate Rune and Suikoden II is referred to as Dunan Unification Wars. Both will be receiving the HD upgrade in 2023, along with a few new extras. Firstly though, here is the new trailer, which we have to admit, looks bloody gorgeous:

Konami appears to be taking a leaf out of Square Enix book with their own version of HD-2D visuals, previously used on the likes of Octopath Traveler. As well as that, other graphical improvements include new effects for lighting, clouds, shadows, smoke, foliage and more. All character drawings have been updated to HD and the ones used in Suikoden I have all been re-drawn by the original artist, Junko Kawano.

Sound wise, new environmental sounds have been added in such as water, wind, insects and even the sound of footsteps. Then, when you are battling, the sound effects are now in HD to offer more dynamism when battling.

Gameplay wise, new improvements include a dialogue log, and different speeds for when battling. All-in-all, what we’ve come to expect from a HD Remaster, but that doesn’t mean we are any less excited.

We do not have a release date, a price or even an Xbox Store page just yet. However, the Steam page for Suikoden I&II HD Remaster Gate Rune and Dunan Unification Wars is live now where you can wishlist away. Once we have anymore information, we will definitely bring it to you. For now though, let us know in the comments if this announcement is up your street. Considering we were looking at the originals the other day for upwards of £300, we’re definitely on board with this remaster.