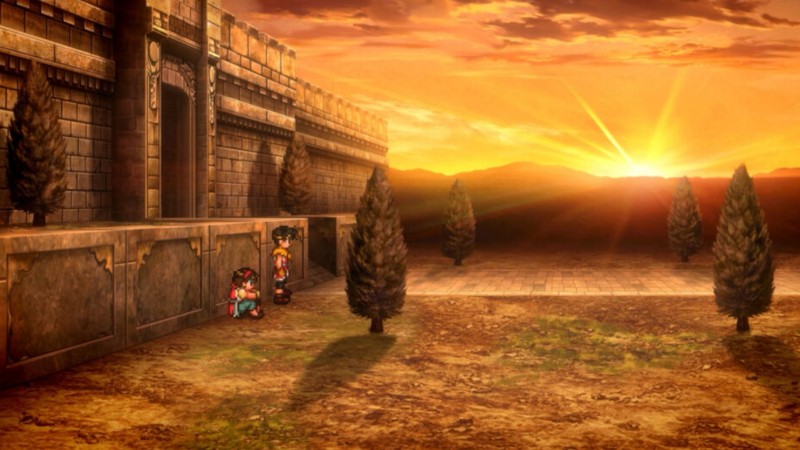 Konami has revealed Suikoden I & II HD Remaster Gate Rune and Dunan Unification Wars, a remaster of the first two classic Suikoden JRPGs, and the two will be released as a single package sometime next year on consoles and PC.

More specifically, these two remasters will be packaged into the same collection and this remastered duo is due out on PlayStation 4, Xbox One, Switch, and PC (via Steam) in 2023. The first Suikoden was released in 1995, and its sequel, Suikoden II, was released in 1998. Check out what the remastered versions of these classic games look like in the announcement trailer below:

As you can see, these remasters are looking excellent, especially in the way that the original look and feel of the sprite imagery remains intact. Here’s hoping they feel as great to play as they did back in the day.

Here are some highlights of this remastered collection from the game’s Steam page:

The Story of Suikoden I
A once-renowned hero turns into a violent tyrant, and an empire falls into decline.
A Liberation Army is rising up in an act of rebellion against an oppressive rule.
One by one the 108 stars of Destiny gather to shape the course of history.

The Story of Suikoden II
Our story’s hero and his friend Jowy are members of the Unicorn Youth Brigade, which participated in a drawn-out border dispute between the Highland Kingdom and the City-States of Jowstown .

A few months earlier, a truth agreement was signed between the two forces, both of which were happy to see an end to the fighting. However, hidden under the momentary peace the fires of a new war continued to smolder…

Here are some screenshots from today’s reveal:

Are you excited about this remastered combo? Let us know in the comments below!