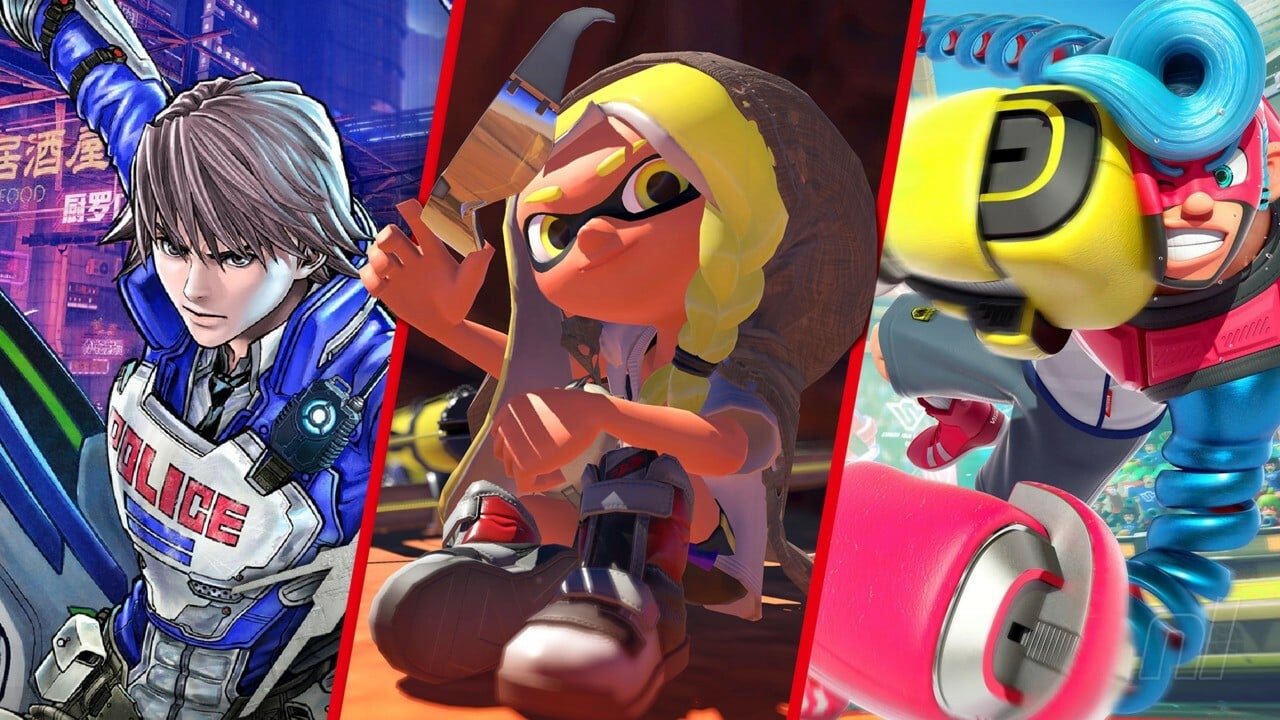 Nintendo’s Switch has become home to an almost overwhelming number of fantastic games since launching back in 2017. A great deal of them have appeared on other platforms — whether celebrated indie titles or huge AAA releases getting a second wind on Nintendo’s handheld hybrid — but the console is also home to a clutch of brilliant exclusive titles.

We have collected together the best exclusive Switch games, in no particular order, for your perusal below. If you’re not concerned with exclusivity, check out our best Nintendo Switch games guide for the top 50 best games on the platform, period.

All of the games below are available only on Nintendo Switch and can’t currently be found on PC or any other platform. This means we’ve had to say goodbye to some entries such as Octopath Traveler and Monster Hunter Rise (and Nintendo consoles also count, so sorry Breath of the Wild and Super Mario 3D World — although definitely check out the Switch-exclusive Bowser’s Fury bit). As exclusive experiences that can’t be found elsewhere, these games form the bedrock of Switch’s software library. Naturally, you’ll find a lot of first-party titles.

Regardless of who made them, the following represent our picks for the best exclusive games on Switch.

Please note that some external links on this page are affiliate links, which means if you click them and make a purchase we may receive a small percentage of the sale. Please read our FTC Disclosure for more information.

Super Mario Odyssey is arguably Nintendo’s finest hour on Nintendo Switch so far, returning Mario to the sandbox-style environments of Super Mario 64. The creativity and pure inventiveness on display is incredible, thanks largely to the introduction of Cappy, Mario’s trademark hat which he can use to perform insane platforming moves and possess enemies to solve puzzles. If this isn’t on your Switch yet, what are you waiting for?

Splatoon 3 is more of the same, but refined to borderline mechanical perfection. It’s the most fun we’ve had with an online shooter in years, and for series veterans it makes Splatoon 2 feel entirely redundant for all but its unique single-player content. It feels like the development team has solved every problem the Splatoon community was bleating on about, and then fixed some more that we didn’t even realise were problems until they were fixed. There’s nothing revolutionary about it compared to its predecessors, and it’s perhaps missing a Big New Idea™ that you might expect after five years, but Splatoon 3 is the pinnacle of the series, and the pinnacle of shooters on Switch.

Animal Crossing: New Horizons takes the series and not only drags it back onto home consoles, but improves upon every single facet imaginable. There’s more to do, more to see, more to change, more to mould, and more to love; fans and first-time players are going to find themselves losing hours at a time gathering materials, creating new furniture, and making their island undeniably theirs. Every moment is unashamedly blissful, with excellently-written characters that truly feel alive and an island paradise that gives back infinitely more than you put in. Back when Animal Crossing: New Leaf hit the shelves all those years ago and created a whole new generation of fans, many people were wondering how Nintendo could possibly top it, but here we have our answer. This is a masterpiece that it’s worth buying a Switch (or two) to play.

Speaking of creativity and cutting out stuff, Nintendo went and reinvented itself twice in a single generation with the introduction of Nintendo Labo. This solves the problem of all of those plastic peripherals you have lying around the house from previous Nintendo consoles by making the peripherals cardboard. It doesn’t lose any of the magic though – you can play a piano, drive a motorbike, and make friends with a little pet inside a toy house. All with cardboard and your Nintendo Switch.

The Labo Toy Con 04: VR Kit even enables you to explore the world of VR using just your Switch, a pair of plastic goggles with lenses and a bunch of rubber bands and plastic O-rings. And, of course, cardboard. It’s great, and it also allows you to experience certain other titles including Super Mario Odyssey, The Legend of Zelda: Breath of the Wild and even Super Smash Bros. Ultimate in special VR modes.

Exclusive to Nintendo Switch Online subscribers, Tetris 99 offers a truly unique way to play the tried-and-tested classic, even if the overall package feels a little lightweight. Essentially a battle royale take on Tetris, playing live against 98 others is chaotic, and the action feels fast, precise, and wonderfully addictive. It’s seriously difficult, too – we’d fancy our chances in Fortnite over this any day – and we’re impressed with the fact that it’s forced us to play the game with a completely different approach to our usual slow-and-steady ways. Signing up for Nintendo Switch Online just to play this game might be a bit of a stretch, but if you’re already a member, what are you waiting for? It’s ‘free’, and it might just become your next favourite time sink.

While Nintendo fans are falling over themselves begging for a new F-Zero (seriously Ninty, it’s about time), the folks over at Shin’en Multimedia weren’t in the mood to beg. Instead, the developer just went and made the Fast franchise on Nintendo platforms. You’ve got a wide variety of vehicles, racetracks, and an unrivalled sense of speed. Unrivalled, that is, until Nintendo pulls its finger out. F-Zero is actually quite different, but until that arrives, Fast RMX is filling the speedy anti-grav racing void admirably.

Mario + Rabbids Kingdom Battle surprised us all when it launched. Who would have thought that an XCOM-inspired tactical RPG featuring Mario and Ubisoft’s Rabbids could be so good?! So good, in fact, that it remains one of the best Nintendo Switch exclusives to this day.

Golf Story is like a spiritual successor to Mario Golf on the Game Boy Color, in that it marries RPG gameplay with golf. It’s an odd combination that, perhaps more oddly, works really well. You’ll explore eight unique environments, solving the world’s (and your own!) problems by hitting them with a golf ball.

Xenoblade Chronicles 2 is the sequel to arguably the best JRPG on Nintendo Wii (now available on Switch) and is a very, very good game, but Xenoblade Chronicles 3 is a genuine masterpiece and the highlight of Monolith Soft’s superb series thus far. There’s an emotionally-charged and surprisingly edgy epic to get stuck into here, a sprawling and hugely engaging narrative populated by a cast of unforgettable characters that’s backed up by some of the very best combat we’ve had the pleasure of getting to grips with in this genre to date. Over 100 hours into this one, we’re as captivated now as we were when we first booted it up and it has more than delivered every bit of the adventure, emotion, and action that its key art promised it might. Aionios awaits, it’s time to seize the future.

Marvel Ultimate Alliance 3: The Black Order isn’t a groundbreaking, narrative-heavy reinterpretation of the comic characters you know and love, but then again neither were the first two games. In that regard, it’s a very faithful sequel that mines the vast roster of characters from the comics while including plenty of nods to the current state of the more modern Marvel Cinematic Universe. While it doesn’t do anything particularly new or outstanding, it embraces the brainless fun of its brawler combat with gusto, and it’s at its absolute best when played with a team of player-controlled supers. Excelsior!

We love ARMS and we won’t hear a bad word said about it. Nintendo doesn’t just make a game in a genre, it makes that genre work for it — we saw that with Splatoon, which reinvented the competitive online shooter, and now with ARMS. In many ways, this is as much of a puzzler as it is an action-packed fighter. Given that you’re often fighting enemies from range, and your punches take time to land, you really have to try and catch your opponent off guard.