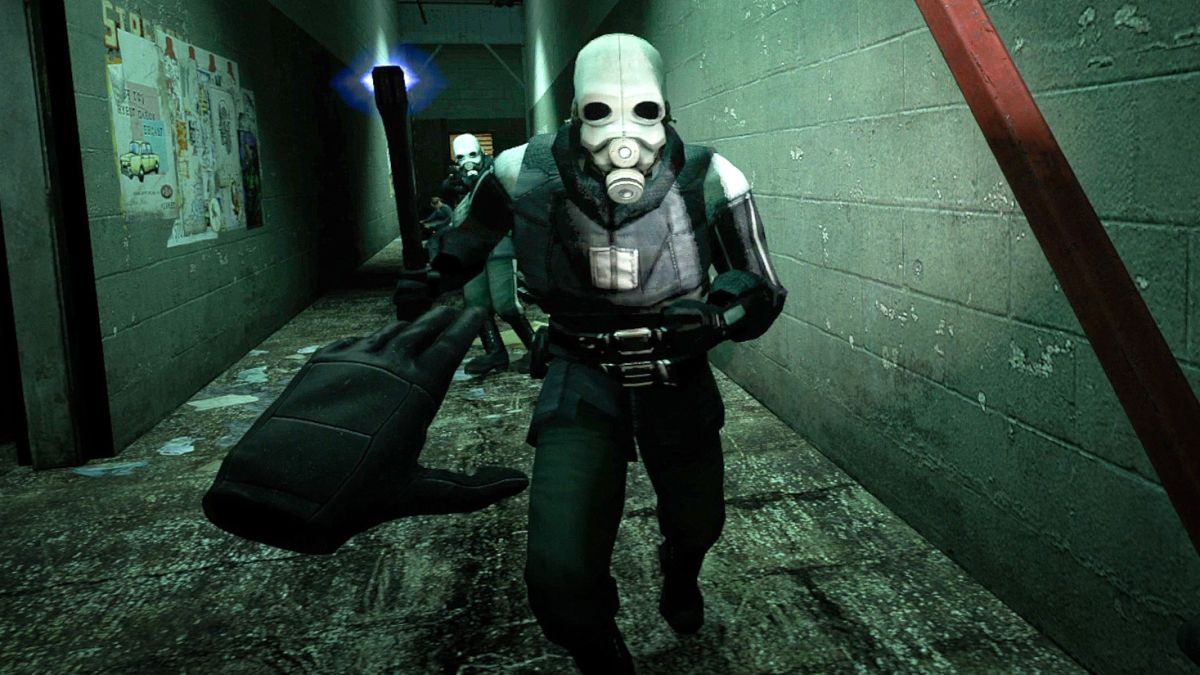 Classic FPS Half-Life 2 is now playable in VR thanks to a fan-made mod, and it looks pretty darn striking.

After nearly a decade of development and an outpouring of fan support, Half-Life 2: VR Mod has finally launched in open beta on Steam. Adding full virtual reality support to Valve’s definitive FPS, it’s not only free but looks like a fitting successor to Half-Life: Alyx.

The mod features full room-scale movement with tracked motion controls, so you can freely walk about City 17 and pick up objects with your hands. All weapons have been overhauled to support manual reloading, as well as two-handed handling, and optional laser sights. Plus, a new radial weapon-select menu has been added alongside over-the-shoulder ammo storage to tie in with the VR controls.

It’s playable on any VR headset which is supported by SteamVR, including the Valve Index, Oculus Rift, Oculus Rift S, and HTC Vive. Being a mod, you’ll need to own Half-Life 2 on Steam to play it, but why wouldn’t you already have one of the best FPS games ever made?

Half-Life 2: VR Mod is certainly ambitious. Created by a team of volunteer developers, it looks to translate the original game to VR wholesale, with much of its changes based on the VR design of Half-Life: Alyx. If the final game plays as smoothly as its trailer suggests, it should feel close to an official VR version of the classic shooter.

It’s only launching in beta, though, and the developers say it’ll be some time yet before the mod’s completely finished. While it is fully playable from start to finish and features all gameplay elements, expect to run into a few bugs.

According to the dev’s roadmap (opens in new tab), weapons need extra polishing, new animations and improved handling. Controls also need a bit of fine-tuning, and the team is investigating teleport movement as an alternative to direct controls – but is wary that the game’s levels weren’t originally designed for such a system. In the future, textures will also be upscaled so the game’s 18-year-old graphics appear less jarring in a VR headset.

The team hopes to release VR conversions for Episodes 1 and 2 separately at a later date. Maybe Half-Life 2 will make it onto our pick of the best VR games yet.

Check out the mod on the Half-Life 2: VR Mod Steam page (opens in new tab). If you want to make things a little harder for yourself, you could always try playing Half-Life 2 in VR using Garry’s Mod.