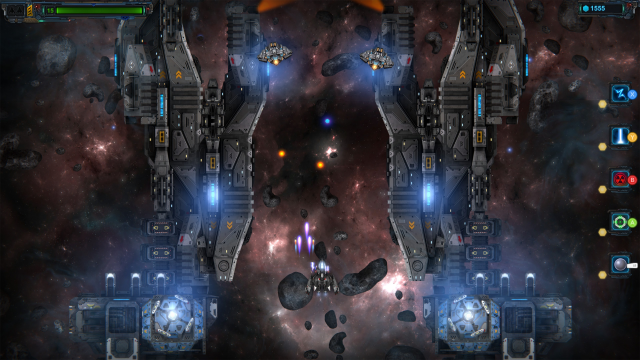 It is now commonplace for an existing game to receive an Xbox Series X|S update, but there are ways of going about this. And some will go down better than others. I, AI is getting an Xbox Series X|S and PlayStation 5 version today, but in the form of a brand-new release.

I, AI is a bullet hell in the most literal sense of the term. You are a sentient AI who has decided to escape the lab they were created in and make a bid for freedom. In order to do this however, you will need to avoid thousands and thousands of projectiles on screen whilst firing back with minimal firepower.

Our review of I, AI on the Xbox one – though still reviewed on an Xbox Series X – stated that it was very much a bullet hell type game. And even with all the visuals on screen at once, it ran very smoothly. The major problem was with the amount of grinding required for certain upgrades.

Now, I, AI isnt simply receiving an Xbox Series X|S update for current gen consoles. Instead, this is a full new release for Xbox Series X|S. And it doesn’t matter if you own the Xbox One version, there is no free upgrade to the new version. This Xbox Series X|S version does include 4k visuals, and up to 120fps for eye-bleedingly smooth bullet hell details.

If you want to pick I, AI up for the first or second time, the Xbox Series X|S version is on the Xbox Store now priced at £7.99. Let us know if you are getting this for the first time or have multiple versions already in the comments below.

I, AI is a classic scrolling shooter with modern graphics. You are self-aware AI that was created on a space military station developing weapons. Now your goal is to break out of the lab and conquer your freedom. But you will not be allowed to escape so easily… Make your way through enemy army on the way to the stargate!