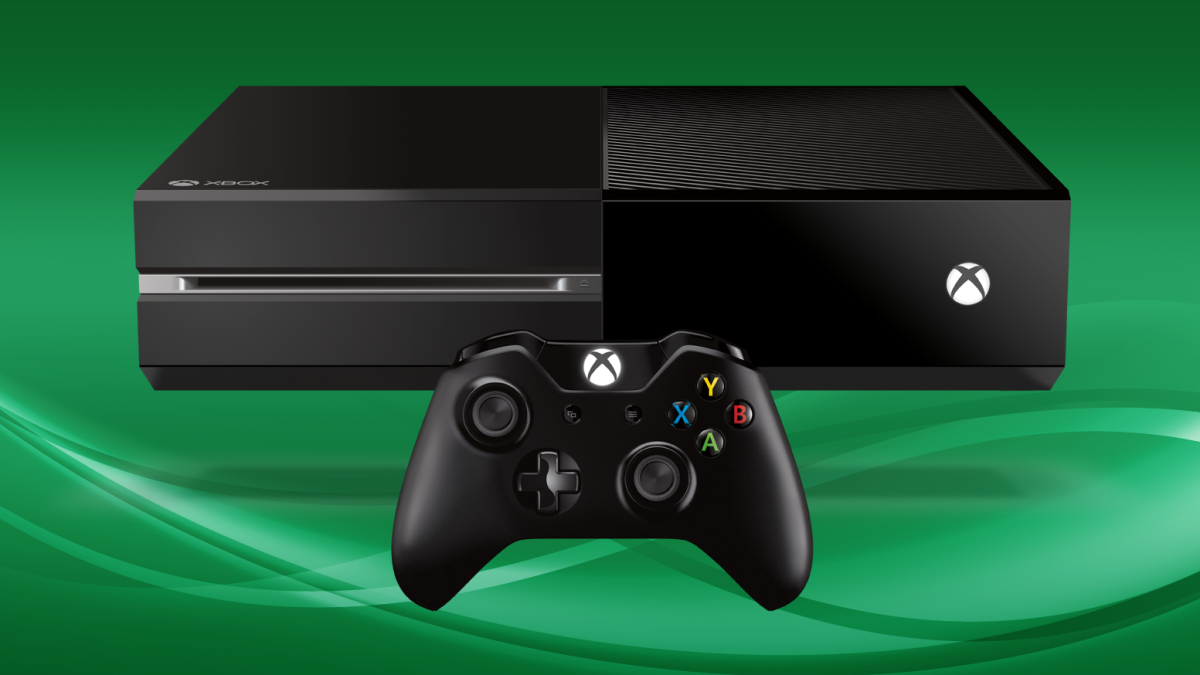 Should you buy an Xbox One? Microsoft’s console first arrived nearly nine years ago, helping  to usher in the eighth generation of video game consoles.

Unfortunately, the Xbox One family has been completely discontinued. We’d previously seen the original Xbox One replaced by three updated machines: the Xbox One S, the discless Xbox One S All-Digital and the 4K-capable Xbox One X. However, it’s been two years since the Xbox Series X and Xbox Series S launched, so you won’t find the original console anymore beyond second-hand retailers.

It’s getting harder to justify its purchase but that said, there are still a number of reasons for you to consider the original console. You’ll be sacrificing support for HDR and Ultra HD Blu-rays, but the original console can still be found at bargain prices. In many cases, it has the novelty of a packed-in Kinect sensor to consider for the gaming historians among you.

Xbox One Kinect might have divided opinion when it was included with every console during the initial release. But if you’re a fan of Kinect, you have even more reason to stay with the original Xbox One. The reason for that is the Xbox One S doesn’t have a Kinect port, which means that you’ll have to buy an adaptor if you want to use your camera accessory.

Instead, the Xbox One is now a true multimedia hub, close to what Microsoft always promised it would be. It’s a games console, a TV companion and guide, a media streaming centre, a Skype phone, a Blu-ray player, a pizza delivery machine and more.

The first thing you’ll notice about the console when you get it out of the needlessly elaborate packaging is what an absolute beast it is. It measures 274 x 79 x 333 mm, making it longer and taller than a PS4 or Xbox One S. You don’t need a tape measure to figure that out though, the thing just looks huge and it’s not exactly a looker when you see it up close, either.

Its size and girth harkens back to the original Xbox, an imposing black plastic beast covered in black plastic ridges. Microsoft seems to be throwing back to that design, bringing back the all black and the ridge-covered aesthetic. Nostalgic it might be, but it’s not the sexiest piece of consumer tech we’ve ever seen.

Its massive size and black rectangular construction evoke thoughts of an eighties VCR or a stereo tuner from the nineties. Its imposing bulk begs to be hidden away, with just its slot loading disc drive exposed, little white Xbox logo glowing in lonely TV cabinet darkness.

For a console of this size, you would at least expect for the power supply to be built inside the unit. But as with the Xbox 360, that’s not the case. The external power brick is large and contains its own fan. This, at the very least, offers a quieter console unit than Sony’s competing console.

Given the overheating problems the 360 suffered from it’s no surprise to see Microsoft going overboard on keeping things chilled. Especially with its vision of an always-on console. It does, however, make the PS4 look even more elegant, which is a lot smaller despite having an internal power supply.

Flip the machine around and you’ll see a plethora of ports. It has all your standard nodes: ethernet, HDMI out, power, S/PDIF (commonly used for optical audio), dual USB 3.0 ports and an IR out. Additionally, there are two proprietary ports, one for hooking in the Kinect, and a HDMI-in, which is how you feed the Xbox One a TV signal from a set-top box. There’s also a third USB 3.0 port on the system’s right side.

The HDMI-in can function as a passthrough and allows any old HDMI signal in, but this introduces a lot of input lag, making it no good for hooking in another console. So if you were thinking of running an Xbox 360, PS3, or even a PS4 into the Xbox One in order to save HDMI ports in your TV… forget it.

That’s not what it’s for.

Xbox One: what’s in the box?

An Xbox One purchase gets you the console, a power cable and adapter (aka the power brick), a decent headset, the headset adapter, a HDMI cable and controller with batteries. You’d also get a 14-day free trial of Xbox Live Gold but these days, a code for Xbox Game Pass Ultimate is more likely.

Depending on your choice of edition, you may or may not get a Kinect in there too. This isn’t always explicitly clear on the packaging, so make sure to read up on your options if you do want one. Your bundle may also pack-in titles such as Halo: The Master Chief Collection or The Witcher 3.

So far there have been a few special edition coloured consoles, such as the white and a gunmetal grey (with squiggly Titanfall decals). The Xbox One’s setup is more involved than on the PS4, but it’s still not terribly complex. If you bought a Kinect, you’ll have to connect its proprietary cable along with power and HDMI.

If you plan to watch TV on the console, you’ll need to supply a second HDMI cable, through the system’s HDMI-in port. You’ll then need to run the OneGuide’s setup, which isn’t too complex. We’ll get into that in the OneGuide portion of this review.

When you first switch the system on you’ll be met with a setup wizard which will get you connected to the internet for that initial patch. It was a sizeable initial download upon release, and with multiple firmware updates since then, you can expect it to take quite a while. It’s required before you can even get to the home screen, so make sure you have a working internet connection the first time you turn it on.

Kinect 2.0 began as a statement, one of Microsoft’s many challenges to the existing console model. However, as the Xbox One itself reneged on its promises of always-online functionality, the Kinect began to look more like a boondoggle, a remnant of a discarded design philosophy. Ultimately, Microsoft seems to have agreed, ditching the console camera/microphone/box of magic from new models of the console.

On the whole, that’s a shame, as the Kinect is a truly fascinating, if frustrating, piece of kit. From design perspective, the Xbox One’s version of Kinect is bigger than its predecessor. It’s also designed to sit in front of your TV, rather than on top of the screen like the PlayStation Camera.

That’s because its field of view is now so large that it doesn’t need to sit up high, meaning you no longer have the original Kinect’s unnerving habit of moving to find you across a room. Just like the system itself, it has a white light up logo on its right side. Dull red lights from its IR blaster intermittently glow when it’s active.

The underside of the Kinect has rubber feet that provide a firm grip. It’s not going to fall off your entertainment center any time soon. It can also tilt up and down, with enough range of motion that there shouldn’t be any trouble finding the right angle for your living room.

But, given that Kinect has been dumped as an intrinsic part of the console, why mention it at all? While it’s no longer deemed necessary, Kinect’s still woven into the fabric of the UI. In fact, its built-in voice commands are probably the best way to navigate the console at this point (more on that in “interface”, below).

Games themselves use it sparingly at this point (although a couple of indie games, Fru and Nevermind, look to be using the peripheral in some hugely inventive ways), but on the whole I’d recommend those with an extra chunk of change indulge in one from the start.

For set-up, the camera takes around five minutes to calibrate, finding the right angle and learning both your voice and performing a sound check. After that, it becomes spectacularly good at recognising users, even signing in anyone who’s tied their face to an account as they enter the room. Its ability to recognise gesture commands (used to swipe between menus or act as a cursor) is a little spottier, however.

In terms of vocal commands, the Kinect will recognise TV noise, but if there’s background chatter, it will start to struggle to hear what’s being said. For British readers, it’s also worth pointing out that, initially at least, anything other than received pronunciation may prove incomprehensible to the software.

Commands are hugely varied. Saying “Xbox” is the prompt for Kinect to begin listening for a command, after which you can switch the console on and off, navigate menus, activate and Snap apps or control individual functions of programs, such as controlling media players. It’s also strict on what needs to be said to perform any of these functions. You “go to” games rather than “play them”, for example, and must say “Xbox on”, but “Xbox turn off”.

I wouldn’t holding out much hope for Microsoft instituting a more accommodating list, but if you learn the existing one well enough (the console has an exhaustive tutorial page) it becomes a truly useful feature, alongside the added extras of having a built-in mic for online play, a camera for streaming and access to some of the stranger games coming to the console in future.

The Xbox One interface underwent a pretty hefty revamp back in August 2020. No longer going for that same tiled approach we saw in Windows 8, this dashboard is pretty much the same as the Xbox Series X/S’ one, which presents a more streamlined UI.

We’ve got still a tiled layout with customizable pins. This allows you to choose which games and apps you’ll first see on the home screen, also providing more convenient access for party chat and additional features with the Xbox button, too. It’s a streamlined choice with significant customization, too. We’ve also seen dynamic backgrounds, which offers a more personalized home screen option.

You can’t accuse the interface of being sluggish, either. The console turns on extremely quickly, because it rarely fully turns off, rather going into standby mode, allowing for background downloads and multitasking to continue. Loading times are a question of your own internet connection speed, even when switching between whole apps. On this aspect, the Xbox One’s performance can hardly be faulted.

It used to be the case that you could utilize Snap Mode, which was perhaps Xbox One’s standout feature. That let you use a third of your screen space to run a second app in tandem with your main focus, instantly switching between them. Unfortunately, Microsoft removed this feature back in 2017 and right now, there’s no sign of it ever returning.

Leave it all to chance in The Game of Life 2
Review: The Rumble Fish 2 – A Cult Classic Fighter Gets A Great Port
I won’t have to drown any more horses, thanks to the new Minecraft update
As RTX 4080 Scalpers Struggle To Sell Their Cards, Newegg Halts Refunds
Pokemon Scarlet & Violet updated to version 1.1.0