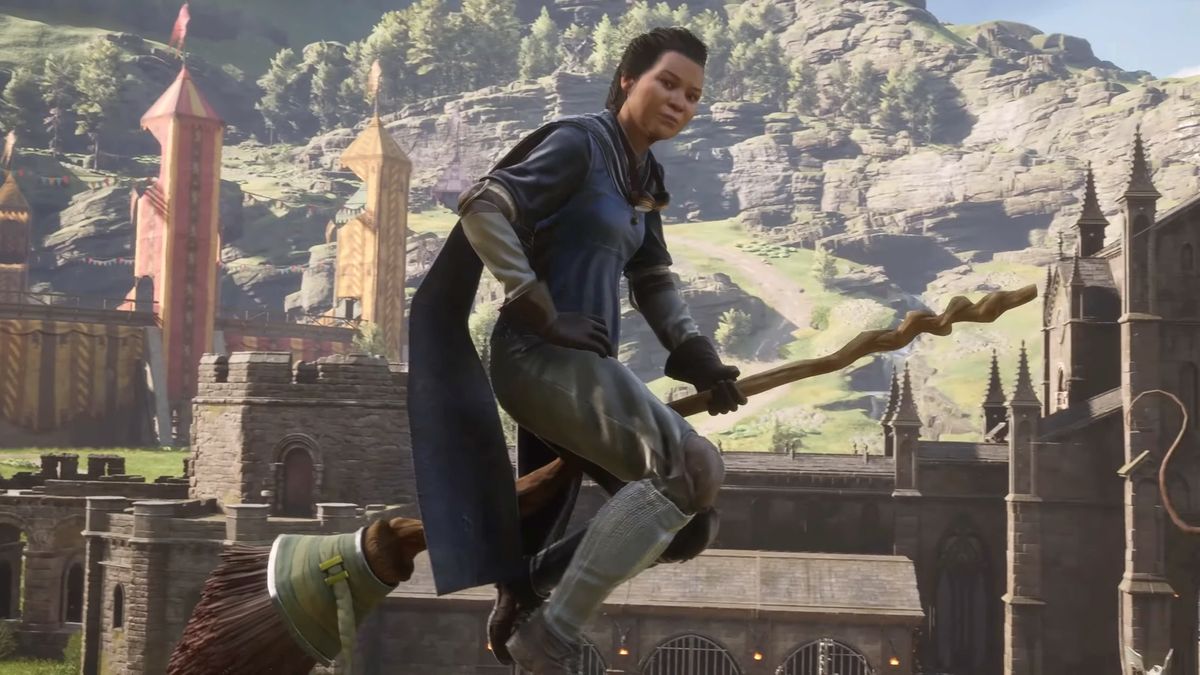 Since before its official announcement, there has been a cloud of speculation surrounding key aspects of Hogwarts Legacy, the Harry Potter RPG. In particular, how the game would handle character creation.

It may sound odd that a character creator would be the focus of so much attention, but there are good reasons for it. In the Harry Potter books, each character goes through the process of being sorted into a house, immediately reflecting something within themselves. So, for Hogwarts Legacy, a roleplaying game, where you get to embody your wizarding fantasy, it’s important players can create and inhabit a character that reflects how they intend to play.

Another reason for the attention is because of the statements made by the books’ author, JK Rowling. On Twitter and in essays, the writer has taken a stand against trans rights, for instance, arguing against allowing trans women to use women’s bathrooms, writing in one essay (opens in new tab) that “When you throw open the doors of bathrooms and changing rooms to any man who believes or feels he’s a woman … then you open the door to any and all men who wish to come inside.”

Hogwarts Legacy’s developer has confirmed in the game’s FAQ (opens in new tab) that “J.K. Rowling is not involved in the creation of the game” but, nor has it distanced itself from the writer, going on to say “as creator of the wizarding world and one of the world’s greatest storytellers, her extraordinary body of writing is the foundation of all projects in the Wizarding World. [W]e have collaborated closely with her team on all aspects of the game to ensure it remains in line with the magical experiences fans expect.”

This is why, when tonight’s Hogwarts Legacy stream opened with a developer saying they would be showing off the game’s character creator, it was so interesting: how would the game treat sex and gender? Would it be a reflection of JK Rowling’s stated beliefs?

Much of the Hogwarts Legacy character creator is as you would expect. You can pick from preset character builds, change your facial features, skin and hair color, hairstyle, and even select a pair of glasses for your character. The full circular rim appeals for its Harry Potter-like quality, but I may have to go with the semi-circle, half-moon frames, myself.

In the final panel of the character creator, you can choose between ‘Voice one’ and ‘Voice two,’ with one sounding more masculine and one more feminine, and, then, after making your choice, you can alter the pitch of your selection, too.

The final choice is whether you will be placed in the witches’ or wizards’ bedroom in your house’s dormitory. There is no reference to gender throughout the creation process. You appear to be entirely free to create a male-presenting, feminine-sounding character, who has a bed in either dormitory, with no prejudice from the game’s tools.

After a lot of speculation of how developers Avalanche Studios would handle this sensitive subject, it appears to that the team has threaded the needle well, allowing players to create avatars that represent and reflect the characters they wish to play. Hopefully, this same sensitivity will carry through the entire game with how you address other characters and how they address you.

For Harry Potter fans who have found their relationships with the books challenged by JK Rowling’s statements, this is an important step to making Hogwarts Legacy into a welcoming space for them to play.