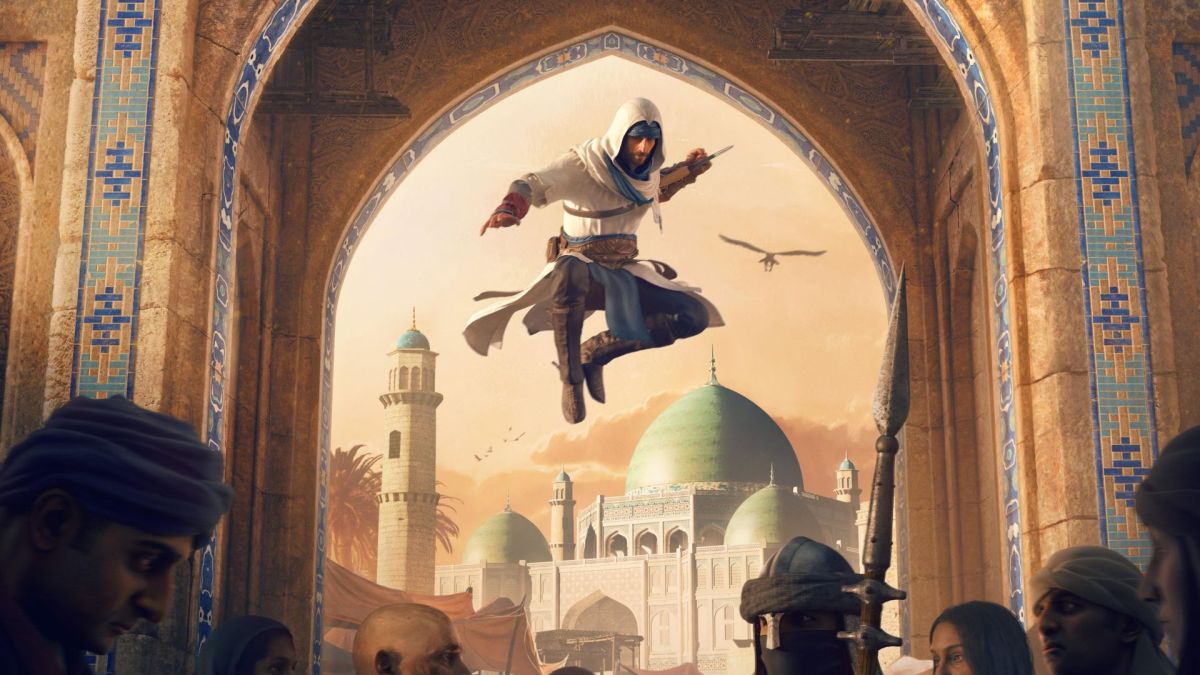 Assassin’s Creed Mirage has been confirmed as the next Assassin’s Creed game. It takes the series to Baghdad, and seems to be a more traditional take than recent entries. What we know is that Mirage looks to be a decidedly different experience, focusing own smaller-scale stealth and exploration.

Starring Assassin’s Creed Valhalla’s Basim Ibn Ishaq, Assassin’s Creed: Mirage will take us to Baghdad, 20 years before the events of Valhalla, and will take the decades-spanning series back to its roots. This means a more self-contained play area, and a renewed focus on assassinations and stealth mechanics. From what we’ve seen, it looks to have more in common with the very first game than any released in the last few years.

This is, of course, music to the ears of some Assassin’s Creed fans, many of which who’ve felt the series straying further and further from the core mechanics that initially defined the series. Whether it sticks the landing remains to be seen, but things do sound promising so far. To help keep you in the loop with all things Assassin’s Creed Mirage, you’ll find all of the latest news and rumors right here on this page. Here’s what you need to know.

Announcement trailer
We got our first official look at Assassin’s Creed Mirage during the Ubisoft Forward digital showcase in September 2022. While there’s no gameplay footage included, this provided a cinematic look at Mirage’s story, which you can check out in full below:

Assassin’s Creed Mirage is coming in 2023, though we don’t have a specific release date just yet. Ubisoft confirmed the game’s existence and release window following a ton of leaks around the upcoming title.

In terms of platforms, Ubisoft has confirmed that Mirage will be a cross-generation release. As such, expect to see it on PS5, PS4, Xbox Series X, Xbox Series S, Xbox One, PC, and cloud streaming service Amazon Luna. There’s unfortunately no free upgrade between generations, but it’s also cheaper than recent big releases, launching for $49.99 / £39.99 RRP.

We may see a Nintendo Switch release, given Assassin’s Creed Odyssey came to the handheld hybrid via cloud streaming. It’s worth noting that was limited to the Japanese market, so we can’t say for certain one way or the other.

Assassin’s Creed Mirage is taking the series back to basics: set in Baghdad 20 years before Assassin’s Creed Valhalla, Basim Ibn Ishaq, who was introduced in Valhalla, takes center stage. According to reports, Mirage began as a Valhalla spin-off before escalating into its own fully fledged entry.

Basim is part of the first Assassin Brotherhood, and Mirage takes us on one of his earlier adventures. Here, he’s being taught by Roshan, a Persian assassin portrayed by Shohreh Aghdashloo. Rather than the open-world RPG gameplay of more recent years, Assassin’s Creed Mirage focuses on stealth and parkour once again.

As such, expect a smaller experience overall, likely around 15 to 20 hours. When asked about the game’s length in an IGN (opens in new tab) interview, executive producer Marc-Alexis Côté said, “Not everything has to be a 150 hour RPG, right?”, confirming:

“It is a smaller Assassin’s Creed project. This was conceived [and] built to celebrate the 15th anniversary. So that’s why we’re using our modern Valhalla engine to build a smaller game that pays tribute to our original game by focusing more on stealth, on close-quarter combat, on parkour, and a denser city that goes back to our roots in the Middle East with Baghdad as the centerpiece.”

While we’ve yet to see gameplay, Ubisoft has confirmed that Baghdad is the only city in the game, split into four zones, though we’re also visiting Alamut. Each one contains a boss ready to be thwarted, but it’s unclear how that unfolds in-game progression. What we do know, according to narrative director Sarah Beaulieu, is that this story will include various historical figures.

As for how you’ll navigate Baghdad, lead producer on Assassin Creed Mirage Fabian Salomon said in an interview with Arab Hardware (opens in new tab) (via PCGamesN (opens in new tab)) that Mirage’s parkour will take some inspiration from the mechanics in Assassin’s Creed Unity:

“We are seriously trying to reach this level with Mirage, and since Baghdad is dense as I mentioned, we want the players to enjoy their time in the city through parkour, which was and still is one of the important pillars that we depended on in the style of playing with Assassin’s Creed Mirage”.

In fact, as part of going back to the series’ roots, Salomon said Mirage will take inspiration from other early titles. This includes the return of Assassination Contracts from Assassin’s Creed II and Brotherhood. He does also, however, mention “new and different opportunities to interact with the environment in Baghdad”, including “new mechanics” in hiding and in assassination among crowds.

It’s not Adults Only
Following the announcement of Assassin’s Creed: Mirage, some store pages showed the game with an Adults Only rating due to the inclusion of “real gambling” which would mean the “player can gamble, including betting or wagering real cash or currency”.

That was, however, Ubisoft has confirmed, a mistake. In fact, the game is still awaiting a rating. In a statement to Eurogamer (opens in new tab), Ubisoft said:

Featuring a “very special Assassin’s Creed showcase”, Ubisoft confirmed many previously rumored details like the Baghdad setting, Basim returning as the protagonist, and how it takes us back to the series’ roots through stealth and parkour gameplay. But that wasn’t all for fans, we soon discovered Assassin’s Creed Mirage is just one of three newly revealed games in the series.

Alongside news on the final Assassin’s Creed Valhalla DLC, this also revealed two new projects within Assassin’s Creed Infinity. Currently codenamed Red and Hexe, Red takes us to feudal Japan in a new open-world RPG, casting us as a shinobi. Meanwhile, Hexe appears to be focused more on the 16th century witch hunts, according to recent leaks from Try Hard Games (opens in new tab).