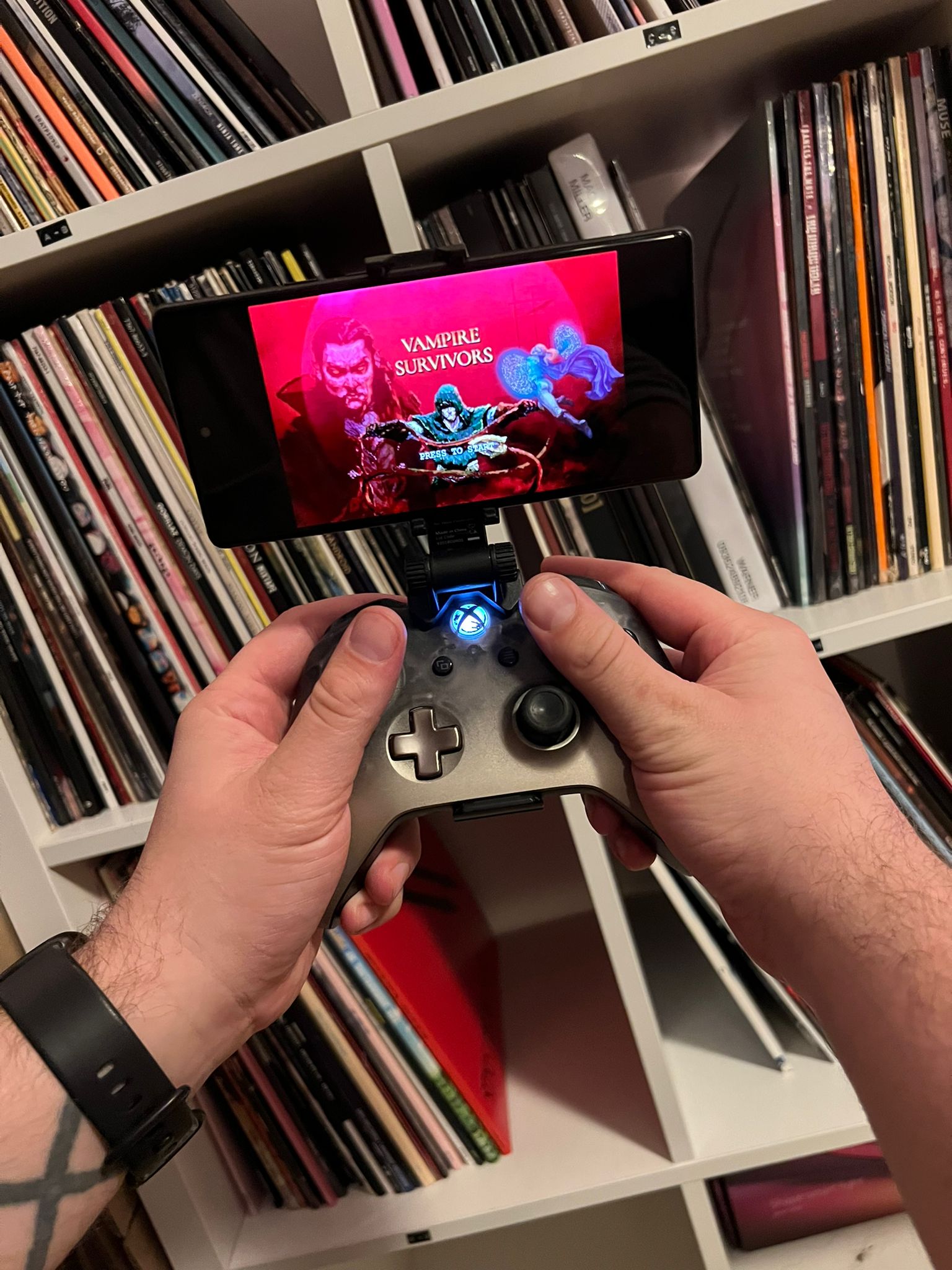 You know those games that you boot up, spend about 20 minutes with, and then realise ‘ah crap. It’s got me’? That’s Vampire Survivors. I come at this compelling little sprite-based game as a creature that’s sunk over 1000 hours into The Binding of Isaac across the multiple platforms I own it on – the sort of compulsive gimp that zones out in these endless, power-up games and uses it as a form of meditation. So, the second I upgraded my first bulb of garlic and started flinging knives at the throbbing undead, I knew it had got me.

But I’m also 30, and live with my partner, and have responsibilities. So I can’t just sit in my pants, dip bread in anything runnier than bread, drink beer, and play games all night. I have Shit To Do: socialising with my partner, walking the dog, seeing friends. But how the hell am I supposed to get all my Shit To Do done and also tick off all 1200G of Vampire Survivors in a week? How can I make sure I’m blasting through the game and unlocking all the characters whilst seeing who wins this series of Bake Off? I didn’t think there was a clean solution… until Xbox itself sent a push notification to my phone.

“Don’t forget, Dom,” it said (I’m paraphrasing), “that you can play whenever and wherever you like! Sitting on the bog? In the queue at Asda? Enduring another anecdote from your most milquetoast friend? Download the Xbox Game Pass app now, and play wherever you wish.” You know what I did next? I downloaded the Xbox Game Pass app, and since then, I’ve been playing wherever I wish.

I don’t think I was really paying attention to who won Bake Off; I was too involved with making sure Poppea would be able to evolve her weapons when I killed the next boss. I don’t think I really took in the impact of Diana setting fire to the royal system in The Crown; I was too focused on making sure my clock lancet was leveled-up enough to survive a minute against the Reaper in the Bone Zone.

And you know the best thing? When I went back to my office to play the game when I should have been working (sorry, boss), it was all there: all of my upgrades, all of my characters, all of my progress… it just all transferred itself magically over to my Xbox Series X. No questions asked. Then, when I wanted to play the game on the train on the way to my other partner’s house, I downloaded the game on my laptop. No extra cost. Here I am, using the PC version Vampire Survivors, the Cloud version, and the Xbox version – and I haven’t paid a penny for it. Compare that to the PlayStation 4-to-PlayStation 5 pipeline (where I lost half my saved games and nearly ruined my hardware), and the difference is night and day.

Vampire Surivors is just there for me. On everything I own, all as part of the Game Pass functionality. If I want a more involved session, I wang the Xbox on and play it on the big screen. If I want to play it whilst half-paying attention to the Kevin McCloud in Grand Designs, I can boot it up on my phone and play it with one of my spare Xbox pads. If I want to have quickfire sessions in between other activities (like writing news stories…), it’s ready to go on my PC.

This speaks to the ease-of-use Microsoft has positioned at the core of its philosophy lately. For all the PR-filtered chat the company has about ‘removing barriers to play’, it’s this curious little survival curio that’s really demonstrated it to me, rather than any of its big-ticket, high-budget powerhouses.

Back when this cutting-edge, Cloud-based streaming tech was being demoed in the UK, I played Destiny 2 on it: I was working in Canary Wharf (the only place in London that supported 5G, at the time) and would boot up Destiny on my phone on Friday at 5pm to go pilfer Xur’s goodies. The tech wasn’t even good enough to support that, at the time. Now – some 3 years later – I can’t put my bloody Pixel down, and it’s all because of Vampire Survivors.

Safe to say, the indie gem has made me realise how valuable Xbox Game Pass Cloud Gaming is, now that I can fit it into my life, and I won’t be going back.