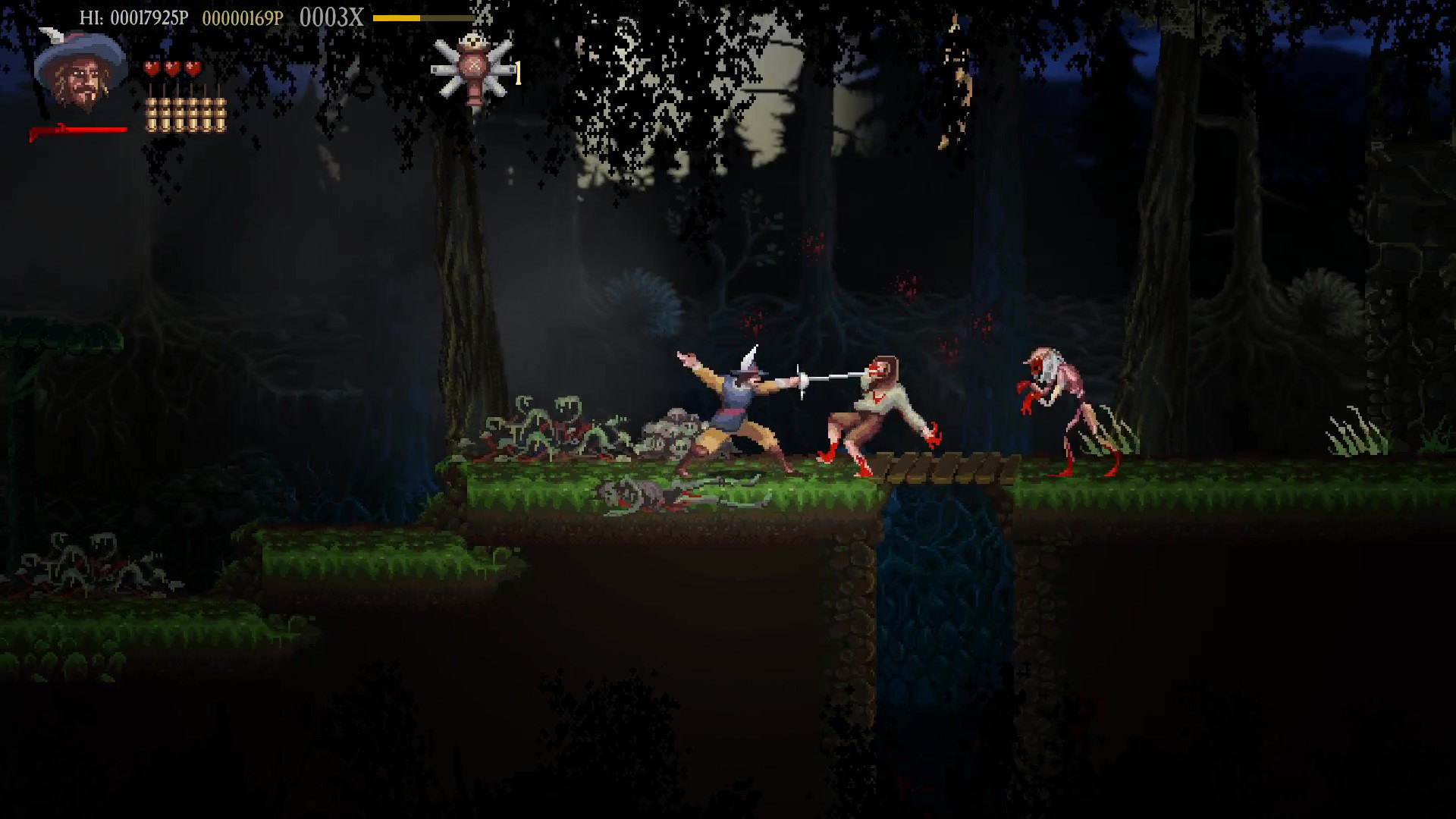 Ever since zombies became pop culture thanks largely in part to the Resident Evil franchise, talk has turned to what our zombie escape routes would be. In 1693, talk like that probably didn’t happen. Instead, they just did it without thinking about it. And that must have worked because we are still here to talk about it. Find out how the hordes of the undead were defeated in Heidelberg 1693, out today on Xbox, PlayStation and Nintendo Switch.

Heidelberg 1693: The place, the time and also the name of the game. Play as one of Louis XIV’s famous musketeers in this challenging 2D action platformer. Armed, of course, with a musket, you must choose when best to fire it. There is a lengthy reload after each shot, so learn when to unload on the undead.

A historically accurate game with hordes of undead and monsters along with gallons of blood. If this sounds up your street, our review will have all the details you need coming soon.

You don’t have to wait for that though. Heidelberg 1693 is on the Xbox Store now priced at £12.49. It is also playable up to 120 fps on Xbox Series X if you have a compatible screen. Give those twitch reflexes a workout if you have, you will need them. For everyone else, let us know in the comments below if you will be picking this one up.

Heidelberg 1693 is a challenging 2D Action platformer set in a zombie-infested version of 17th century Germany in which the player takes control of one of French King Louis XIV’s famous musketeers. The game adds a layer of tactical combat to the genre by introducing the weapon of choice of musketeers: the musket. Players will be able to fire one powerful – and very effective- musket shot at a time. The weapon must be used wisely because of its long reset time though. Heidelberg 1693 tells its somber story – featuring real locations and historical figures – across multiple paths and endings.

Praise be, landmark improvements are coming to Age Of Empires 4
Genshin Impact Version 3.3: Time for a game of cards
Pikachu and Eevee will feature in the Macy’s Thanksgiving Day Parade tomorrow
Evil West Review (PS5)
Splinter Cell is back… as an 8-part BBC Radio 4 drama