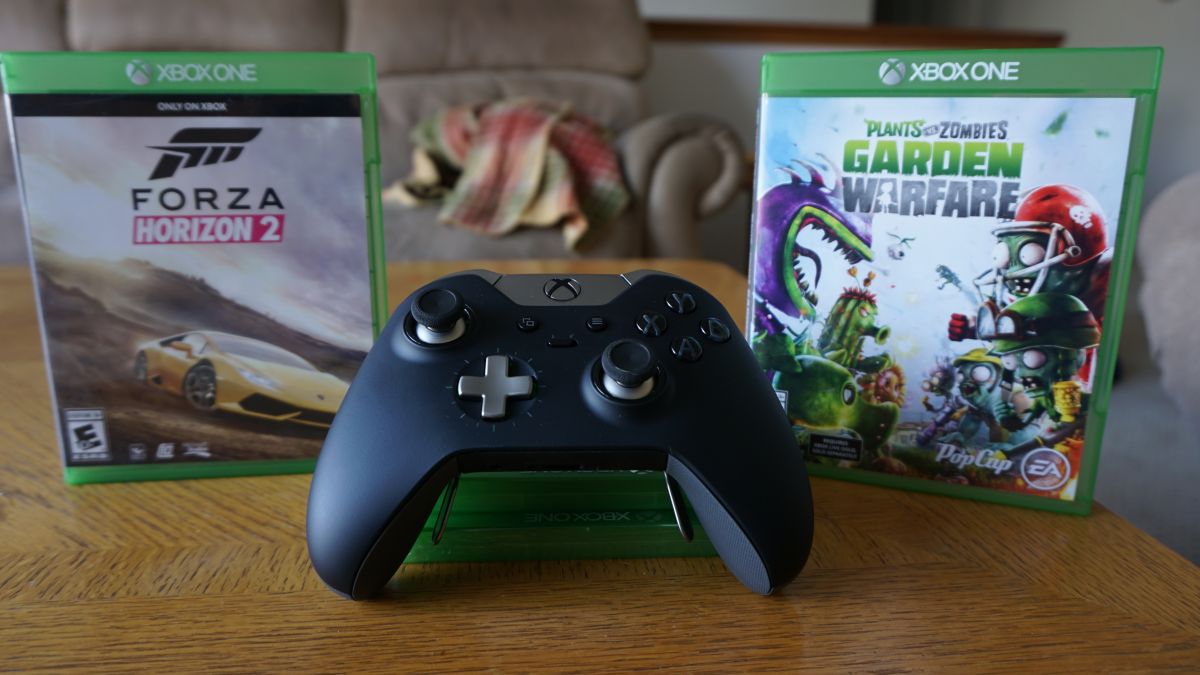 Xbox Elite Wireless Controller surprised us when it was first announced. Both its price ($149.99/£119/AU$199.95 from the Microsoft Store) and its purpose seemed misaligned with the image Microsoft wanted to put out there, especially after the Xbox One’s slow start out of the gate.

Since the first Elite has been succeeded by an upgraded pad, it’s unlikely we’ll see Black Friday 2022 deals for the older pad. The newer version is much more likely to be among the best Black Friday Xbox deals, though, so if you’re shopping for a new controller around November 25 when the event lands, you’ll have much better luck trying to buy the Elite Series 2.

It’s expensive, extravagant and perhaps most useful for only a small niche of the Xbox community. So, everything Microsoft tried avoiding when it rebranded the Xbox One family from a set of next-level gaming machines to the more affordable, all-in-one entertainment centers we see today.

But despite what the lavish, pro-only price suggests, the controller has a universal appeal that anyone – from the tier-one Call of Duty players to the casual Fortnite players – can enjoy.

Why? The Xbox Elite Wireless Controller is easily the most comfortable controllers on the market, with rubberized grips, a cool-to-the-touch finish and stainless steel components that can be swapped out to suit your needs. It also comes in white to match the special edition white Xbox One X.

Add to that a slew of paddles located on the back of the controller that can be assigned the function of any face button and a set of reinforced hair triggers that can be programmed and physically set to different sensitivity levels and you have the makings of a great gamepad.

Best of all, it works on PCs running Windows 7 or higher – including, of course, Windows 10.  Just be aware that Xbox Elite Wireless Controller Series 2 has since launched, so while the original option is no slouch, you may want to consider that before picking up this one. Unsurprisingly, it’s been discontinued but if you don’t mind going second-hand, you may find one for a better price.

It’s hard to spot a serious design flaw with Microsoft’s new control pad. For the first six hours with the controller I pored over every detail trying to find something that didn’t live up to the price tag. But after the six hours passed I hadn’t found anything that annoyed me that couldn’t either be swapped out, recalibrated or reprogrammed.

Hold it in your hands for a minute and you’ll instantly feel the big changes over the standard Xbox One pad. It’s heavier by far, and more comfortable too thanks to the rubberized grip and amazingly smooth matte finish.

There are three magnetic interchangeable parts on the face of the controller – the d-pad and the two thumbsticks. The standard sticks are the concave rubber pads you might know and love already on the Xbox One, but other options include convex PS3-style sticks or extra long, arcade-style pieces if those are more your thing. (The arcade-style sticks are excellent for fighting games, by the way.)

The other interchangeable part, the d-pad, comes in two flavors: a standard cross or the new 360-degree “solar panel” design. I found the former more comfortable than the latter, but I could see the latter coming in handy, too. The six other face buttons – share, menu, A,B,XY – aren’t any different than their standard controller counterpart with the exception of their color: they’re all jet black.

Spin the controller around and things get more interesting. There you’ll find the four aforementioned paddles, aptly named P1, P2, P3 and P4. At first I thought they might interfere with how I usually grip the controller – like most gamers I place pressure on the wings with my palms and three outside fingers – and for a few irritating seconds when I first started using the controller that’s exactly what happened.

But Microsoft has given this controller real thought, and have left no stone unturned. If you don’t like the paddles, you can either remove them from the controller or simply disable them by pressing the sync button at the top of the controller twice. You’ll also find the rubberized grip here, as well as lock mechanisms for the triggers that allow you to halve the press of the right and left trigger buttons.

The last feature worth noting is that it comes packed with a USB cable to connect it to your PC and two AA batteries. I found it slightly insulting that Microsoft doesn’t include a play and charge kit with each Elite, but that’s more of a personal issue than anything wrong with the controller itself.

Overall, the design is one that is incredibly well thought-out. Microsoft, like Sony and Nintendo, usually leaves the design of extra controllers to third-party manufacturers like PDP or Mad Catz with varying degrees of success, but this is the first time since the Wavebird on GameCube that I’ve been impressed with a second-iteration first-party peripheral.

Over the course of a weekend, I used the controller in a half-dozen racing, fighting, shooting and sports games in my Xbox One collection. Some benefited immensely from the controller while others merely felt more comfortable than usual.

As you might expect the Elite was a major boon in first-person shooters. Halving the distance on the right trigger allowed me to shoot non-automatic weapons faster, and crouching became quicker once I mapped it to one of the paddles on the back. Likewise, racing games like Forza Horizon became more dynamic experiences using the Elite controller.

That said, I didn’t find the controller to be particularly advantageous in every genre. Besides a longer left stick, I saw no reason fighting games could be made any better using the hardware. And the same went for sports games like Madden, FIFA or NHL. Of course one size didn’t fit all when it came to the paddle buttons and stick sensitivity. To that end Microsoft is releasing an Xbox Accessories app that will allow you to set up custom profiles for your controller.

Options in the app include changing the left and right thumbstick sensitivity from a linear speed to an exponential one and decreasing the time it takes for the triggers to respond to your touch. You’ll also use the app to assign functions to the paddles. It’s on this screen that I found my first disappointment.

The Xbox Accessories App doesn’t allow you to program a string of buttons to the paddles – a huge disappointment if you play fighting games and like to have a few combos up your sleeve when things get dicey.

The controller can save two profiles at a time, and switching between them is as simple as moving a slider on the face of the controller. If you need more than two apps at any given time you’ll need to return to the Accessories app, however, I never found myself playing more than two games in any one gaming session.

Admittedly the app’s biggest problem is that navigation so far feels cumbersome. Moving back and forth between screens can be a headache as some of the normal functions of the controller (like using ‘A’ to go forward and ‘B’ to go back) are temporary disabled while you monkey around inside the app.

Versatility is the Elite’s greatest strength. Besides the four face buttons and two bumpers there’s almost nothing permanent about this controller. Paddles can be removed anytime they get in the way; triggers can be physically set to different distances; and control sticks can be swapped at a moment’s notice.

It also helps that at its core the Xbox Elite Wireless Controller is incredibly comfortable (not to mention stylish) thanks to some slight tweaks to the grips, jet-black color scheme and matte finish.

That said, the amount of customization options can be overwhelming for someone who isn’t interested in X- and Y-axis acceleration or setting the sensitivity of a trigger down to the nearest millimeter.

This fact hurts more when you consider the one function that highly invested gamers could really benefit from – macros – was nowhere to be found.

The Xbox Elite Wireless Controller is simply one of the most extraordinary controllers to hit any Microsoft console since the original switch from the Duke controller to the S Controller back on the original Xbox. It’s smarter, sleeker and more versatile than the standard gamepad, and despite the pro moniker will appeal to gamers of all skill levels.

Now, with that said, no matter how great the Elite is, if you think $149.99 / £119 / AU$199.95 is too much for a controller, it won’t change your mind. If the decision comes down to buying this or three new titles around the holidays, you should probably go for the extra games.

But if you have the financial wherewithal to back purchases like these without losing sleep over it, the Elite Wireless Controller will help you find a newfound love for controllers and the science behind them. Though, these days, it’d be hard to recommend it over the Series 2 option.