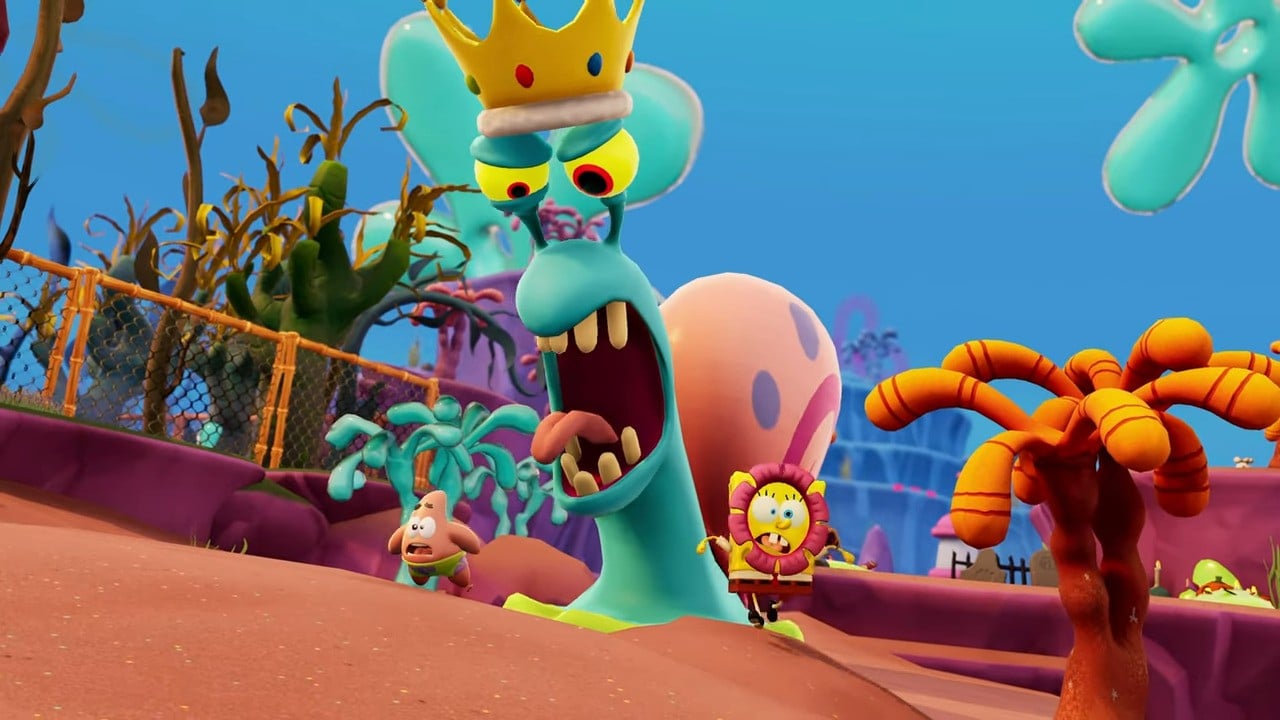 SpongeBob SquarePants: The Cosmic Shake has dropped a brand-new trailer! THQNordic’s upcoming platformer sees everyone’s favourite sponge adventure through seven different worlds alongside his trusty companion, Balloon-Patrick, and the pair will have to fend off plenty of familiar faces along the way.

This spiritual successor to Battle for Bikini Bottom – Rehydrated will feel familiar to fans of that game, and will — of course — be stuffed full of references to famous episodes from the cartoon show and full of fan-favourite characters. And in THQ’s Boss Fight trailer, we see plenty of them — Sandy Cheeks, Mr. Krabs, Pearl, Gary, and more. We don’t want to hurt any of them, though, especially Gary!

But why are we fighting SpongeBob’s friends in these themed levels? What exactly is Wishworlds? And how do I get my own Ballon-Patrick? You can grab the BFF Edition, that’s how!

We’ll find out more on 31st January when SpongeBob SquarePants: The Cosmic Shake releases on Switch. Will you be snapping up a copy? Soak up the trailer and lets us know what you think of the game in the comments!