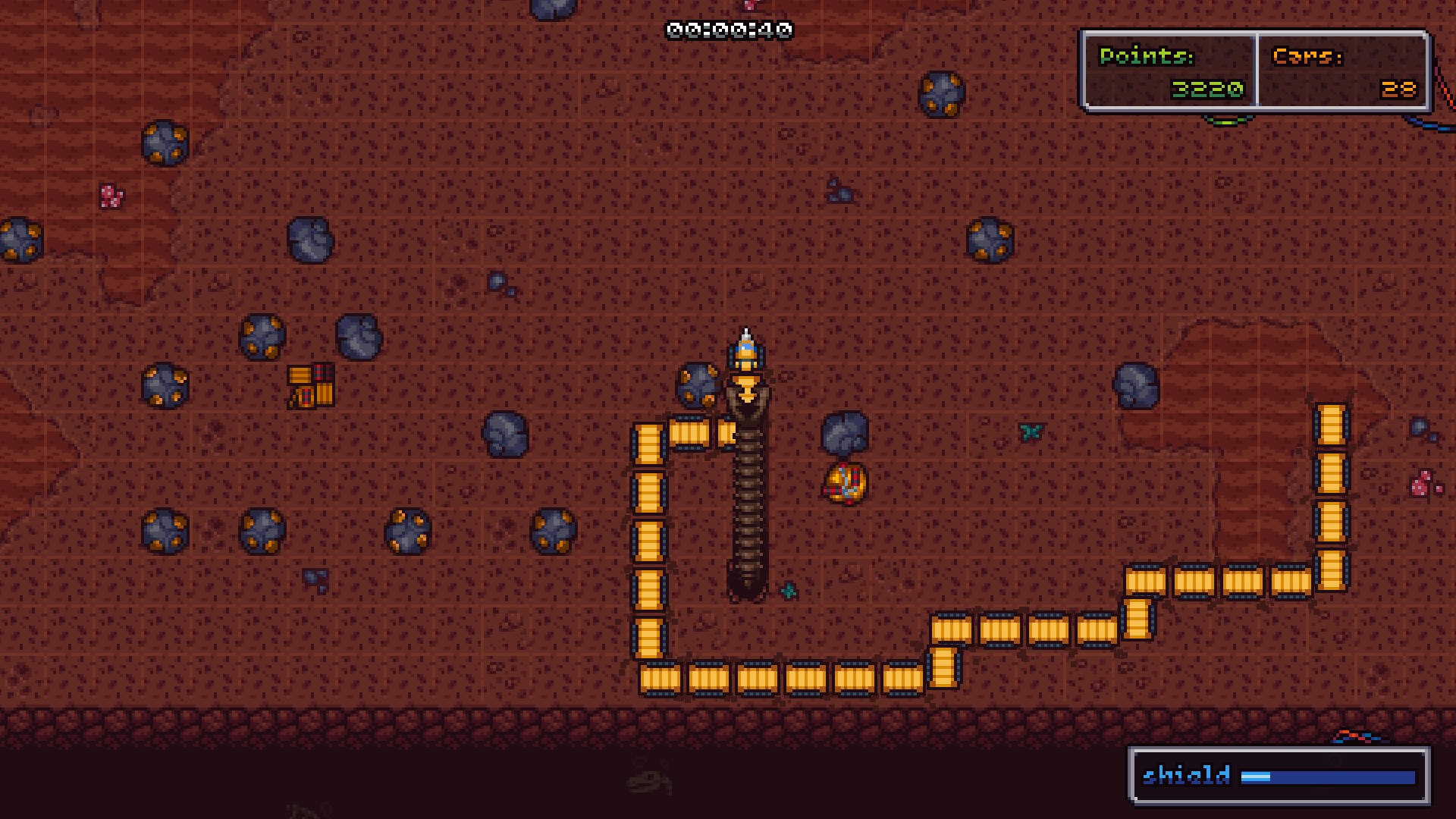 Is there anyone on this Earth who hasn’t played Snake? Whether it was via the mobile phone explosion of decades gone by, or when on the lookout for a fun little timewaster like Classic Snake Adventures, there’s a chance that everyone has some kind of experience of Snake. And that makes those games inspired by that classic ever-more appealing. Games like Project Snaqe, perhaps?

Available to purchase and download right now on Xbox One and Xbox Series X|S, Project Snaqe from Teggno Interactive and Cube Games is a Snake-wannabe; a game that entrusts its main mechanics to that classic Snake formula.

It’s priced at a mere £3.29, with a launch discount dropping that down further for a few weeks, and will give Xbox players the opportunity to take in a Snake-like world – with a difference.

For one, you aren’t playing as a snake – you’ll want to play the brilliant Snake Pass for that – and are instead put behind the wheel of a Subterraneous Navigation Articulated Quarrying Excavator (SNAQE), as you go about mining the world around you. Of course, with inspiration taken from that other game, this is a SNAQE which will grow as you move, and tripping over your tail is very much frowned upon in the excavation industry.

But there’s more and not only will you have to clear the quarry, but you’ll need to fight off quarry monsters, surviving their attacks as best you can. That’ll probably be a very simple task in the classic and beginner game modes, but ramp it up to expert and master levels and you may well find yourself deep into a game that is hard to ultimately master.

So, think you have what it takes to control the Subterraneous Navigation Articulated Quarrying Excavator? You’ll find Project Snaqe over at the Xbox Store, playable on Xbox One and Xbox Series X|S.

Keep an eye out for a review from us soon.

Project SNAQE is an action and precision game inspired by the classic Snake. The game has 3 different modes with progressive difficulty levels, in addition to the classic mode that harks back to the traditional Snake gameplay. Project SNAQE promises a great experience for all types of gamers, from casual to hardcore. A simple game at first glance, Project SNAQE is charming and challenging and will put your reflexes, reasoning and solution-finding skills to the test.

Far Cry 7 and a Far Cry multiplayer game said to be in the works
Redfall Developer Deep Dive Reveals May Launch Date
The Table Game Deluxe Pack brings ALL the games to the table
God-Punching MOBA ‘Smite’ Teams Up With Magic: The Gathering For Crossover Event
Hi-Fi Rush: How the Films of Edgar Wright Inspired Tango Gameworks’ New Game