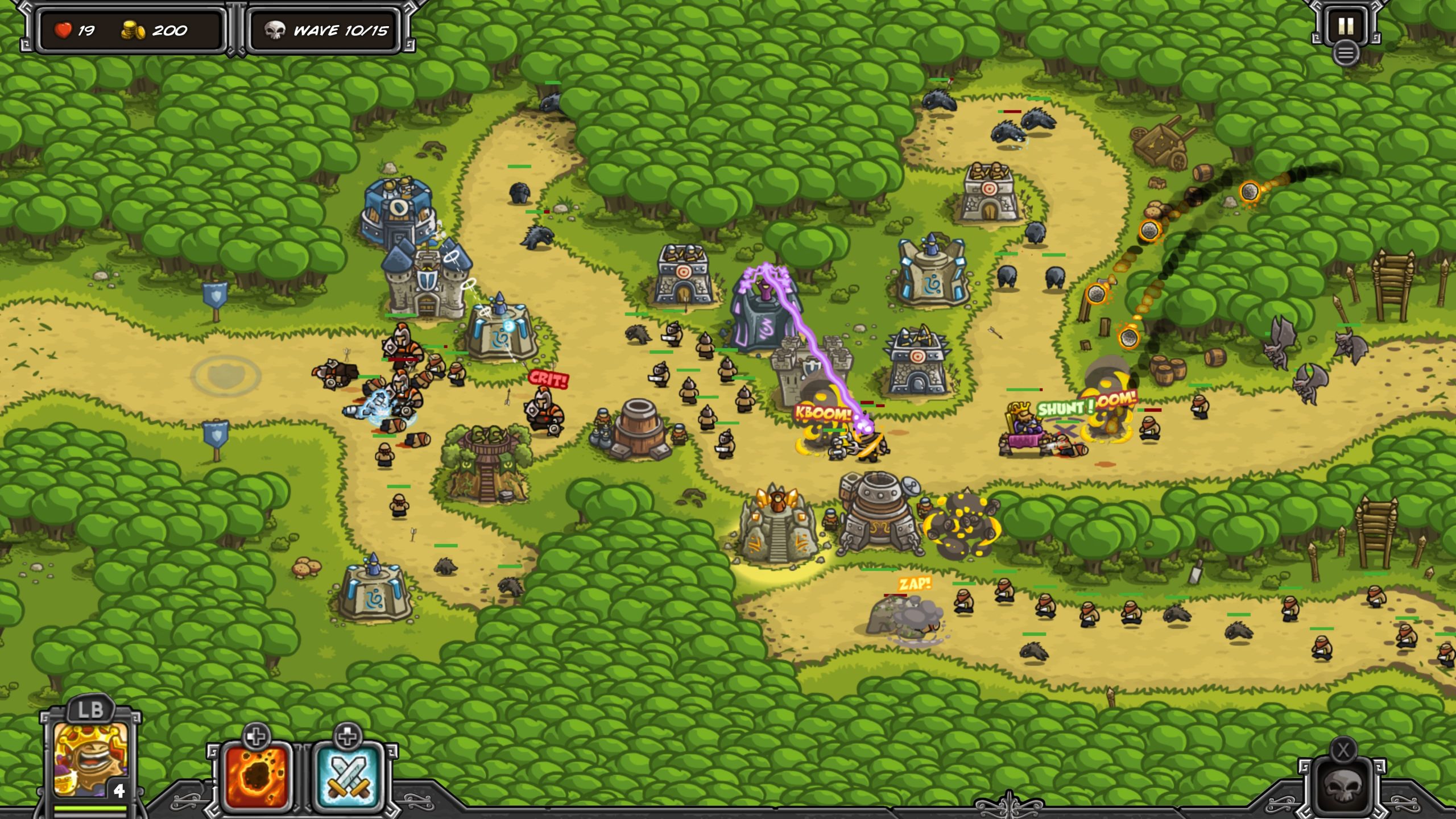 For more than a decade the Kingdom Rush franchise has been drawing in Tower Defense fans. And in that time it’s picked up huge acclaim across the board, mostly on PC via Steam and mobile. Now it’s time for that series to hit the world of Xbox.

Available to purchase and download right now on Xbox One and Xbox Series X|S, running Xbox Play Anywhere capabilities should you wish to move from Xbox to PC with your game save, Kingdom Rush from Ironhide Game Studio is the very first entry in that Tower Defense saga.

Remaining one of the most loved games of the genre, it’s now time for Xbox players to get in on the action, taking in the wonderful worlds that play host to some of the most fun and thrilling adventures. With the magical kingdom of Linirea to hand, it’ll be up to you to work out the finest strategic calls and tactical takes, implementing them on the battlefield and holding back the hordes of evil.

It’s the dark lord Vez’nan who controls these beings, but you have your own surprises too. Kingdom Rush gives you access to no less than thirteen of the most mighty troops, eighteen different towers and abilities and the chance to fight through forests, mountains and wastelands.

You’ll need to utilise all the skills at hand too, as old Vez’nan will be throwing tons at you. Expect to try and push back more than fifty types of enemies, ranging from Goblins to Demons and pretty much covering everything in between. With additional game modes to conquer aside from the standard and some intense boss fights promised, Kingdom Rush really does seem like it has the lot; everything a Tower Defense fan could ask for.

We’ll let you know how Kingdom Rush plays on Xbox in our full review, but the key game features you’ll want to consider include:

Move your troops to the Xbox Store to take home a download of Kingdom Rush on Xbox One or Xbox Series X|S. We’re excited for this one, so much so that we included it in our list of games that you should be playing this week. Check out the full list in the video below. The original release video for Kingdom Rush is below that (it’s some NINE years old!).

Get ready for an epic journey to defend your kingdom against hordes of orcs, trolls, evil wizards and other nasty fiends using a vast arsenal of towers and spells at your command! Fight on forests, mountains and wastelands, customizing your defensive strategy with different tower upgrades and specializations! Rain fire upon your enemies, summon reinforcements, command your troops, recruit elven warriors and face legendary monsters on a quest to save the Kingdom from the forces of darkness!

Forspoken Purple Magic guide: How to get the most out of your spells
Atomic Heart Has Gone Gold a Month Ahead of Launch
How Dead Space taps into PS5 haptics and adaptive triggers for immersive horror
Hogwarts Legacy Will Take 40 Hours to Beat, 100+ Hours to 100%
How to Watch the Xbox & Bethesda Developer_Direct on Wednesday